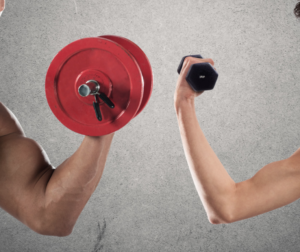 'Comparison is the thief of joy'- Theodore Roosevelt.

We’re built to constantly compare, but it really can do a number on your joy, your ambition and…pretty much anything you set your heart on if you’re struggling to build yourself back up from childlessness.

Comparison can be an utter pleasure at times can’t it? Yes, I’m being sarcastic. Sometimes it can be a driver to get us up off our arses and to get something done. I often used to see it with my old neighbour…if I went out to weed the garden or cut the grass, more often than not he would have to come out and do the same. Weird, but clearly shows how we’re hard wired to do this.

While, it’s a simple example, it still illustrates that whatever the context we’re always comparing ourselves with others. In fact, it’s one of the sections I’d label under unhelpful thinking – compare and despair. No good comes of looking around and seeing other people doing better, or worse than us. Let me illustrate what I mean.

This really is a double edged sword when it comes to childlessness and it’s one I often see as a counsellor and have experienced myself. Because it causes something of a stuckness and a double-bind for those of us that have found we’ve been unable to have a family.

Comparing the life we have with the dream or with others

If I give you an example of how my day and, as a result, my thinking used to go, you can see whether you chime with it. I’d get up, already feeling crap, because I’d been able to sleep in until 8am, instead of being woken at the crack of dawn by a child, like other people.

I’d switch on the TV over breakfast and there would be an advert for toothpaste, washing-up liquid (insert any random household product) and there would be a family, including adorable children, using said product. That’s right because if you live on your own, or as a couple, you don’t need or use these products…
Then I would go shopping (pre-online shopping) and be surrounded by triggers galore. Loads of families doing their shopping at the same time. It didn’t matter if they were arguing or the kids were acting up, it still showcased what I was unable to have. So, I’d try and speed through it and make my way home pronto…and so it went on, until I would fall into to bed at 10 or 11 O’clock without having to tuck in a child, or sit eating a dinner stupidly late, because we wanted to eat ‘adult’ food, rather than fish fingers and oven chips…and then I’d get up the next morning feeling shit because I didn’t have to get up early.

Honestly, it was a relentless treadmill of misery and comparisons. On and on it would go, constantly comparing my life, to the one I had dreamed of and still wanted. I sunk deeper and deeper into despair, as I compared myself constantly with others. It was a like a whirlpool that sucks you under, down the plughole of incessant comparisons and coming up short.

You’d think that weekly counselling would’ve offered some soothing after all this wouldn’t you? Erm…no, because here comes the flip side. This is the one that amps up the anxiety, because we don’t quite have it bad enough to justify why we feel so shit all the time.

It’s a flip side, I’ve been on both sides of, and it’s the comparison that negates what’s being experienced. The one where we say something like ‘…yeah but, it could be worse’, ‘oh, but at least I have my health/partner/job/a full head of hair’ and ‘*insert example of someone we perceive to be having a worse time’.

It’s the comparison that causes us anxiety, because we believe that people are comparing us to others and finding we should ‘buck up’ because it’s not that bad. And sometimes people say this to us, not because it’s the truth, but because if it’s what we believe, they will helpfully verbalise that for us.

From one childless person to another

Let me reassure you though. If you feel shit about your childlessness, you’re entitled to. If you look around you and feel hard bloody done by, you’re entitled to – no-one has lived your experiences and no-one can completely understand how you feel. Life is tough and hardly anyone ever gets to go through life unscathed.

If you still feel that someone has it worse than you do, you’re entitled to, let me flip it one more time.

Life isn’t a game of Top Trumps. There will always be someone that’s having seemingly a better time than you (although, who knows what happens behind closed doors…) or a shocker and struggling, but that doesn’t mean you have to feel that you’ve not suffered enough to justify your depression, your anxiety, your anger, your stuckness, your despair, your depression, your anxiety…or anything else you feel.

You are the centre of your universe and if you’re struggling with what life has thrown at you then you are entitled to feel that. It’s not about sucking it up and trying to wade through it on your own. Find what you need to get unstuck and if that means talking about the shitness of it all to someone that gets it, then it means the comparisons can begin to stop and you can start to feel some relief. Trust me, I’ve been there.