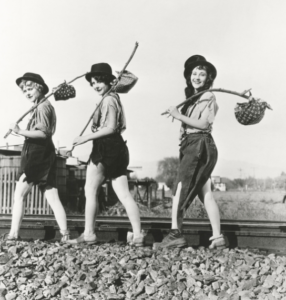 Overthinking it and moving on…time to ramble on

It’s no coincidence that I’ve tried to start this bloody blog five times before I settled on this one, simply because I got sucked into overthinking even this. It’s sometimes that I’m not aware of my over-thinking, but as I mentioned on Monday it has become a theme for me.

Not content with staying too busy over what was supposed to be a fortnight off, I’ve then found myself wading through treacle as a I mull over various aspects of what I’ve got going on at the moment. I’ve ummed and ahhed over whether to keep the social media for After the Storm, I’ve pondered and thought about, at length, where I’m headed in terms of the counselling next steps and then I’ve pored over what I want to achieve in life.

And what has that overthinking achieved for me…nothing. Absolutely nothing, because I still find myself with a plate full to capacity of stuff that needs doing and seemingly very little progress having been made on any of it. It leads to feelings of frustration, overwhelm and frankly, irritation. If I could I would take the plate and throw it out the window, but as we’re talking on a metaphorical level, there’s no satisfaction to be had there.

But, here’s the thing, I can spot over-thinking in other people a mile off. It comes over as staying busy for busy’s sake. It can be procrastination or self-sabotage. It can even come over as depression and anxiety, because someone sat right in the middle of an overthinking episode, can very quickly start to question what the hell is going on. Last week, they were cruising and now they’re sinking. It’s not their fault, it’s just a stuckness that everyone hits every now and again.

But, the key is knowing why this has happened rather than thinking about how you can bust out, which would be the obvious thing to think. So, I’ve sat with it for a bit, felt the old feelings of overwhelm, frustration and irritation to work out what’s going on for me and I think I know where mine is coming from, if I’m honest.

For me, I’ve made a lot of changes over the past few years and as I reflect back and look at some of my old blog posts, I see someone in a lot of pain. In fact, in a world of hurt. My heart breaks for her, and while I can still see glimpses of that pain, when I’m triggered say by being around children, I’m no longer that person.

It’s not even that I’ve accepted being childless entirely, or that I’m 100% comfortable with not being able to have children, I just find that life has moved on. That’s not to be smug, or even to try and rub your face in it for those that are still struggling, but I guess I’m less focused on my childlessness. I find that I have room for other emotions now, not just grief. I can feel hope again, something that eluded me for years.

But with that realisation comes the reality that I’m treading a new path again. I have no map of how to feel about the fact that I have moved on a bit. I have no instruction manual to say show me how I to react when triggered, now that everyone assumes I’m doing better and so can handle conversations about children…honestly that’s not straightforward.

It all feels new again, where I had got used to feeling down and shitty about life, I now find an optimism that feels like an oversized bra – I’m just not sure how to fill it. And that is unnerving, and why I’ve been procrastinating on things, because I‘m worried about making a mistake again. But, this time I’m grabbing my bindle and I’m going to see where life leads, because I’m definitely excited about being able to work with this community.

So, if you find yourself overthinking, feeling stuck or without a compass, then it’s time to explore what’s going on for you. You’re stuckness won’t be the same as mine, or someone else’s, but finding out what’s holding you there, in that discomfort and directionless place could be the ‘something’ that helps you move out of it.