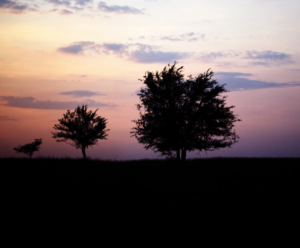 If we don’t meet the milestone markers that others expect, does that mean we don’t graduate to being a 'proper' adult?

There isn’t much I remember from around the time I was told there wouldn’t be any children or from around the time of my miscarriage. To be honest, it’s a series of snapshots. One of them is me walking to get a shrub to mark the miscarriage, as I wanted something tangible that I could sit beside. The only reason I remember this, is because as I walked along the road (it was a country lane), a fella jumped out of his lorry and threatened me. I was so numb all I could was just look at him and walk past…

And then the other memory is on one of my marathon walks to help me process, I thought to myself, how am I going to prove I’m an adult? It was a strange question to ask myself, but I guess there were a number of reasons that this crossed my mind, and chief amongst them was that my younger brother had been able to have children. With that advent I had felt my standing in the family fall – there was nothing specific, just my inferiority complex playing into a feeling that there had been a change in my status.

It was, even in my grief at its strongest, a sense that I simply wasn’t measuring up to the expectations I had set myself and those of family and society at large. I wouldn’t have expressed it that way, but it was definitely a sense. I had wanted a family more than anything, but there was also I sense that I would be meeting expectations, after all my mum had pointed out to me, since I turned 23 that she had been a married mum at that age…no pressure then.

And with not being able to meet that expectation, had come a huge sense of failure and disappointment. I mean whatever way I cut it, my life wasn’t the same as my parents’, nor was it the same as many of the people I had around me. Many of my friends at that time had children, or had chosen to be childfree, and so I had nothing to benchmark my life against.

This all meant that whatever way I tried to measure my life led to feelings of failure and feeling ‘less than’. And that right there is one of the issues isn’t…those bloody comparisons and expectations. So let’s talk about milestones and ditching the bullshit with feeling that we don’t measure up.

For me the first thing that seems to have fallen away is my need to live up to other peoples’ expectations. Yes, I can still feel shit about how life has turned out, because let’s face it this wasn’t the bloody plan at all, but that doesn’t mean I need to be bound up and stifled by other people’s expectations.

It’s a cliché but life isn’t a rehearsal and so ditching the people pleasing and fitting into other people’s view of our life, needs to be sacked off.

If you can get your head around that, and it took me a while to be honest, then life becomes easier because we cease to compare ourselves to every Tom, Dick and Henrietta out there that have managed to have a family.

Hone in on what you do really want, then it becomes your focus, rather than what you don’t have. Obviously this takes practice, and speaking from experience I can still get triggered by things and feel that ‘loss’ acutely, but the more I focus on what I’m doing the better it is.

So, my focus is my businesses and building them up, so that I can work with people and make a change in their lives. As I say, that’s not to say that I’m over being CNBC, I’m not, but that focus has helped me find a drive, a meaning and a passion.

This is going to sound weird given that I have definite plans for my businesses, but the trick for me was having more than one way to get to my goals.

On Monday I talked about how I had struggled to plan because it took me back to the diminished horizons of just wanting one thing. I’ve therefore set myself multiple goals, so that one doesn’t become an obsession, or worse still engulfs me if it doesn’t pan out the way I planned.

I think part of the issue around being part of this community also means that we have to accept that we’ll always have different milestones. Rather than a child’s first birthday, it’ll be the first anniversary since you jacked in that shitty job you hated. Instead of a child’s first day at school, it’ll be the day you went back to college to retrain into a whole new career. Instead of their graduating to secondary school, it’ll be the moment you were able to take a salary from your own business or were able to sign up the first client. It’s whatever you focus on that marks those milestone markers.

It might never be the life or the mile markers that you had expected, it doesn’t mean that you get to give up because you worry about not measuring up. It’s about living up to your own expectations, wowing yourself in terms of what you can achieve and sticking two fingers up to those that don’t get it.

Ask yourself what could be your new focus, and what milestones could that give you