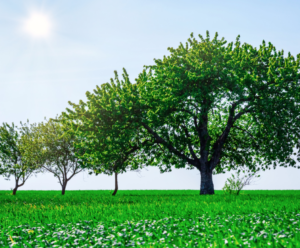 It wasn’t until this concept came up as an episode for the podcast that I realised what bothered me about childlessness and not having a family.

If you put legacy into Google (I don’t recommend it, unless you want to trigger yourself), you get a multitude of pictures to show the various ways people look at this issue – legal, definitions and then, of course, masses of pictures showing families and children. And there we have it in a nutshell, what it is that bothers me about that concept…the end.

I joke, but it took me a long time to get to grips with part of what really niggles away at me about not having a family. It’s that sense that we are the ending of something. If we look back, through our family and our ancestors, we’ll see that we have come from a long lineage. There’s the odd person that doesn’t have a branch coming off and them, and it wasn’t until I became one of those people that I realised, no-one will be there to tell my story.

No-one will talk about me in favourable, or otherwise, terms about who I was as a person. They won’t pass on my stories, or tell the tale of the time that I fell over at a wedding without spilling a drop of my pint. I won’t be thought about, than any other way than as a name that has no branch. I can’t tell you how much that makes my heart ache, but then I imagine that you have a similar story to tell.

But in a strange way this is what motivated me to do more than go to a job, that I was OK with, but didn’t inspire me or fill me with passion. It also led me to want to retrain into something where I gave back to my community, or that meant I had to push myself out of the shadows and be noticed. It terrifies me, but I have this sense that actually there was far more to me than what I had at that time. I didn’t want my life to amount to less than I had hoped for, purely because I didn’t have the family I wanted.

It was for that very reason that I decided that actually I needed to go back to the drawing board and work out what I was about, if I wasn’t going to be the mum I wanted to be. That meant I had to coach myself. Sounds weird, but coaching 101 is all about going back to basics for your client and working out how they can right the wrong turn they took.

So, let me walk you through some coaching basics, to try and help you get back on track after the disappointment of not having your family. Start by asking yourself these questions:

For me, at the time I started to question nothing about what I had really excited me enough to want to keep it, except running. This was the one pastime that I had hung to, ditching all the others to accommodate the relentless quest for a family.

That told me that exercise was important and that it needed to stay, but that the job wasn’t enough and it was time to let that go. And that meant retraining into something that excited, inspired and challenged me.

I knew deep down that while I liked my job, it wouldn’t keep me going in terms of motivation and filling that child-shaped gap. I was ambitious before the infertility had come along, but that drive had been put into the trying for a family. It was now back and manifesting as dissatisfaction and boredom. It was time to move on.

And so the drive had to go into something else…and that was counselling.

I’m not talking about what you like or love. Mint choc chip ice-cream and long walks in the country, aren’t values. Neither am I talking about the ‘shoulds’, ‘the needs’ or the things you need to be happy. I’m talking about what revs your engine and what drives you as a person. It’s those things that excite, terrify and you likely did when you were younger.

Let me give you an example – one of my values is challenge. You might well be thinking ‘quelle surprise’, if you’ve been reading my blogs for a while…but actually challenge has always been…well, a challenge for me. I might well have been rent-a-gob when I was younger, but conflict is a big no-no for me, so to have this as a value, is challenging to say the least. It excites me to stand up for things, and get my voice heard, but then it also scares the shit out of me.

So, you can see this encapsulates all of the key things to be a value and hopefully it means you get the picture when it comes to values…

These are the questions I asked myself after I started to haul myself out of the pit of despair and started to look around for the next thing, now that family was impossible. It’s not that life has ended, but that chapter has, and so at some point, if you get that urge to do back to the drawing board like I did, these questions should help you to start to think about things a bit clearly.

Ask yourself what scares the shit out of you and do it anyway.