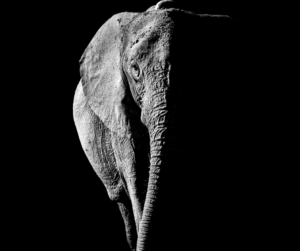 What’s that Nelly? What are we going to do about the elephant in the room around ageing without children?

My partner and I were talking the other day about what happens to us when we age. It’s not something we’ve often discussed in any formal capacity, but it’s starting to come up in more and more contexts, which has got us thinking.

We both have ageing parents and we’re called on them to help more and more often in terms of life admin. Whether that be helping them get around to buy a hoover (my dad can no longer drive and my mum’s mobility isn’t fab), to phoning them up for a chat because they live further away (the other half’s parents). The simple stuff that helps them tick over…

It’s not that we mind doing this at all, they’re our parents and we’ll help out where we can, but it has made us realise that there won’t be anyone to do this for us. We might have extended family, brothers, sisters, nephews and nieces, but let’s face it, we won’t be anyone’s priority as we age or as our health deteriorates. And I’m going to be honest, it’s something that has shit me up for quite some time now…

This has been on my mind longer than most perhaps as I watched my Grandad decline over a decade. He started off fairly self-sufficient after my Nan died. He seemed to be coping, but as time went on it became clear that my Grandad’s world fell in on itself after my Nan died and that impacted on his health and his mental health in particular. He had help, but even with three daughters, trying to get the help he was entitled to was an absolute pain in the fucking arse, and that has stayed with me.

So fast forward to me being unable to have children, you can imagine my concerns at not just who will watch out for me in my old age, and possibly declining health, but how will I navigate the care system? And it’s not only me that mulls this over, I have spoken to a number of friends from this community that eyes this ginormous pachyderm that’s looming on the horizon.

And little wonder, as the Awwoc website is awash with statistics that highlight the need for something, anything to be done about this issue, because those of us ageing without children represent a sizeable chunk of society, that simply haven’t been legislated for. Some 1.2 million presently, increasing to 2 million by 2030 according to AWWOC. Yikes!

I mentioned this on Monday, but I’ve been involved in some discussions with Ageing Well Without Children (www.awwoc.org) around what ageing without children looks like and how to get this on people’s agendas – from individuals from this community to policy makers and the like. As a result the podcast has also been involved in this, as we’ve recently recorded an episode, ready to go out any day now covering this issue too, which also features AWWOC.

And, the main point I took from this meeting was that, it’s not just our community that is impacted by this lack – there are people that have had children, but for whatever reason they aren’t in their lives. Which is why this isn’t looking for special treatment, as someone said in the webinar, it’s just looking for some consideration of a very real, growing issue.

And so what can we do about this huge elephant then? As Michael said in the podcast, there’s a need to galvanise our community to start to talk about this issue. There’s a need to acknowledge our shared fear of this issue amongst ourselves, to share our worries, our fears and our concerns. Because once we start to talk about it, it gets brought out into the open and enough of us will want to do something about it. It basically stops being a taboo and is something we can start to address.

For those that are interested in this topic and would like to get involved, have a listen to the podcast that is coming out this month. But, also look out for the list of resources that will be coming your way too, and get over to www.awwoc.org, to get involved in the conversation, even if like me you’re not over 50, because the earlier we engage with this, the less scary it becomes.

It really comes down to us to start talking about this issue and then to become motivated to do something about it.