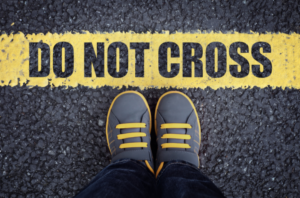 Right off, I’d like to give a big trigger warning for this blog and the topic as a whole. Some of this is going to be close to the bone potentially, because of the nature of shame. Please be careful, and if anything causes a reaction, be gentle with yourself and look to get some support if you need it.

I was talking to a friend at the weekend about how we’ve been doing living under lockdown. During this conversation, we talked about family functions, and I’m only going to talk about my side of things here, as it’s not for me to share someone else’s experiences. However, suffice to say, we both chimed with each other’s experiences of going along to a family event and having their emotions triggered by being there.

I have a large extended family and it was a good few years ago that shortly after being told there would be no children, I found myself at an extended family gathering. At the time of being asked to go along, every cell in my body had screamed at me to say no to this function, but the people-pleaser was still alive and thriving in me, so I went along.

It’s no exaggeration to say that it was one of the most upsetting and shaming experiences I have experienced. And to make it clear this was no-one’s fault. Not one of my family went out of their way to make me feel this way, nor did they go out of their way to behave negatively towards me, but it nevertheless was a bruising encounter, that stayed with me for a very long time afterwards.

And why was that? Firstly, my family had no awareness of childlessness, much like the vast majority of people outside this community, predominantly because I had perpetuated the myth that I didn’t want children. And why did I feel the need to pretend in this way? Because the shame I felt about my inability to get and stay pregnant meant it was easier for me to reinforce that misapprehension that I had no interest in being a parent.

Secondly, because there is the lack of awareness of our community, people don’t know and just aren’t aware of the behaviour that can trigger someone when they have been unable to have children. And this gathering was an utter trigger fest! Everything from being surrounded by multiple children, to seeing all of my cousins in attendance surrounded by their children and swapping stories. And just for some context I am the oldest of the cousins, and yet I am the only one (bar one other) that doesn’t have children.

Seeing that ‘club’, that parents aren’t even aware of, because, well, they’re not when they’re in it without being aware of there needing to be criteria to join, is hard when you an’t ‘pass’ it yourself.  And, that meant I wasn’t able to participate in that group because I’m not a parent, triggered my shame and so I sat for the whole thing with my parents, shielding and trying to hide away.

Thirdly, there were members of the family that drifted over to say hello, because I kept mingling at a very low level. I felt so triggered that my courage just evaporated. And when they came over, there was no conversation with me, or my husband, but there was plenty with my brother and his partner, as parents. Comments including ‘don’t they look like you?’, or asking after my brother and his children. Do you what, I don’t recall anyone popping over to speak to me, or engaging me in conversation other than a cursory nod or hello…no-one.

That’s not to say that I expect them to come and talk to me, like some regal figure sitting in a throne and therefore everyone has to bow and scrape, rather than me going to them. But, I would’ve thought that members of my family, would be able to ask how I am or talk about the weather…whatever, but no, nothing because I don’t have children. There is nothing more shaming, more isolating than being made to feel that ‘otherness’ so keenly, when it comes to being with family.

I actually remember picking up my niece’s colouring book at some point, and colouring in a picture of a monkey, because I could feel the tears prickling at my eyes. I just needed to distract myself, because I couldn’t run away. My lines had been crossed and I couldn’t express it. I was angry, sad, disappointed, frustrated, but most of all I felt isolated. I felt exposed, vulnerable and all I wanted to do was run away.

But, there I was fucking stuck in this place, with no way out. I was being shackled by the expectations of others, despite the damage that was being caused by my own shame and the unwitting behaviour of others around me. Now this isn’t just down to my shame, there’s a fundamental issue with no-one being equipped to deal with ‘otherness’ when it comes to people that don’t have children, regardless of the reasons.

And then there’s the fact that we’re living a taboo. Our community isn’t shown to be anywhere, not culturally, not politically, not socio-economically. We don’t appear anywhere, from school, through to work life, through to retirement and everywhere else for that matter. And that causes ‘otherness’ and shame, as we can’t measure up to the values and expectations of others. We haven’t met that partner, or we aren’t heterosexual, our bodies don’t function in various ways and as a consequence we can’t have children etc etc etc…So many reasons to feel shame…

I mean there are so many facets to the shame we encounter. We carry our own shame around with us – our history, the expectations from society, family, friends, that we’ve not been able to meet, the values that we’re simply not able to have because we can’t have children.

Shame is normal, but it's one of the hardest things to deal with. Be gentle with yourself x