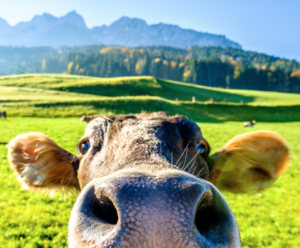 I struggle to forgive other people’s fuck ups, so how am I supposed to forgive myself for not being able to have children? My beef with the concept of forgiving.

As some of you will know I started yoga at the start of this year, and as I always do, I go through a period of rebelling against myself, because no-one tells me what to do, least of all myself! You’d be forgiven for thinking that’s an exaggeration, but this is the woman that sometimes will rebel against the Sat-Nav, for shits and giggles…

Anyway, once I come out the back of the rebelliousness, at roughly about three months, I was settled and ready to practice the shit out of it every bloody day. And now over seven months in, I’m still in that zone! The self-sabotage, always gives way to focus, especially when at my mid-forties I’m more flexible than I was in my twenties. I’m saying hello to being able to touch my toes and engaging my core, which has always been a bit under-active. Happy days!

You might be wondering what the hell this has got to do with self-forgiveness…well as often happens, one thing triggers an interest in something else, and I’ve started doing meditation too. I never used to have the patience for it, but seemingly yoga has given me the concentration levels to focus on my breath and a guided mediation for roughly 10 minutes.

And so for the last month or so, I’ve started to do meditation after my daily yoga to help me deal with some of the baggage and help me learn to let things go a bit better. Not to say I’m a Zen Buddhist, but it’s actually helping me in ways I hadn’t expected, in terms of just being in the moment and shutting the brain chatter down for a bit. That was until I tried a meditation about, yep you’ve guessed it, self-forgiveness.

As I said at the beginning, forgiveness has never been my strong point. I very much run on a principle of the three strikes and you’re out rule. It means that if people get on the wrong side of me, they might not be aware of it, but from that point on they are basically dead to me. As a consequence, my levels of forgiveness have basically been non-existent for the many years I’ve been knocking about the planet. I simple haven’t ever really flexed my forgiveness muscle, much like my core…It’s therefore been a very hard lesson to learn, in terms of forgiving myself after the infertility and the childlessness.

As I look back to see where I started to forgive myself, I think the first micro-step I took towards being able to do that, was realising that I wasn’t able to use my usual coping strategies. I simply had no real experience of being able to show forgiveness, given that my way of being is always to remove myself from people or situations that don’t work for me. But, that simply isn’t something that I could do, although at my lowest points I would’ve given anything to have been able to take a break from being me. Just a quick heads up too, I also didn’t use the words forgiveness either…that can fuck off, instead this process was very much about just wanting to ‘feel alright with myself’…

Anyway, here are the things I did, in order to be able to move towards self-forgiveness from that early stage:

You might be thinking these steps were easy. They weren’t. It took a lot for me to be able to even give myself a break by going for a walk, because when you’re that low, the last thing you feel you deserve is giving yourself a treat or break. And these steps get incrementally harder too, because the first two, just need you to decide that you’re OK with going for a walk, or writing down your feelings, while the last one requires interactions. And that’s why there’s this one.

Writing and talking about your feelings are two very different things. Writing about them in a journal means talking to yourself and processing. Counselling means being able to admit that you need help, and to find a voice for all of those tough-to-hear things that you might struggle to admit to yourself.

But, speaking from experience, counselling has had a profound impact on me. It’s helped me become me. And I genuinely believe that we all deserve to come out the back of this process feeling more like the real us, and not some poor imitation of a shadow of ourselves.

And that there is my beef with self-forgiveness as a concept. It’s the fact that it sounds like a really woolly concept, but actually it’s an iron fist clad in the thinnest layer of cotton wool, so it does nothing to hide that fact that it’s going to be really tough and emotional to get to be able to forgive yourself. Or in my usual parlance, it’s going to be an utter shitshow.

Because being OK, is the first step to showing some self-forgiveness and dealing with the shame you carry.