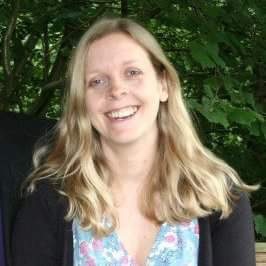 How many of us have those hidden anniversaries. The ones we privately mark and are shrouded in secrecy and shame...

Right off, I’d like to give a big trigger warning for this blog and the topic as a whole. I also mention ‘miscarriages’ in here. Some of this is going to be close to the bone potentially, because of the nature of shame. Please be careful, and if anything causes a reaction, be gentle with yourself and look to get some support if you need it.

I’ve thought long and hard about whether to write about this subject, because I’ll be honest, I’ve just come out the back of the section of the year I dread. Well, truth be told, there are actually sections, plural not singular, that I dread, which always add an extra dollop of shame just for good measure. And I always feel a bit beaten up, once I’ve been spat out the back.

The periods of time in question stretch from the end of November, through to March. Then a brief breather and then another one in July. They cover the anniversary of the hysterectomy, which marked the line in the sand in terms of my hopeless dreaming about having a family. The time that I actually had to lean into my shame about not being able to be a mum. A seriously fucking hard time for me, I can tell you.

And then we have February and March covering what would’ve been my son’s birthday and the date of my laparoscopy that found the stage 4 Endometriosis. Followed in March by the anniversary of being told that I wouldn’t be able to have children. But then perhaps the most painful one is the anniversary of my miscarriage on 5 July at 4am.

Whatever way you cut it there’s a heap of pain right there, with a huge helping of shame for each of those hidden anniversaries that only I mark each year, because they’re all a notch in the bed post of ‘not good enough’. They all play into the narrative that I wasn’t able to measure up to make it into the parent club.

And I’m not the only one that has all of these hidden anniversaries. Whether you chime with bits of my backstory, or whether you have your own dates that you silently watch creep slowly towards you, then witness it kick the emotional shit out of you and then silently move on until next year…we all understand the shame and the pain of these dates don’t we!

But I wonder if you feel the same as me in terms of the fact that the dates continue to creep round, and the amount of time that passes changes, but the pain doesn’t seem to really diminish in the sense that it can still take you back to feeling the pain and shame you felt when that original event happened.

If you do, then chances are you’ll understand this definition of shame as being about humiliation and distress caused by something having been done wrong. I know as a recovering perfectionist and people-pleaser etc, it still takes a lot for me to admit that I’ve been unable to have children. It feels like a big black mark against my name, that I wasn’t able to have a family, when for the most part, I have been able to achieve what I want with hard work and determination.

I mean no matter how determined I was or how focused I was (and believe me I was both of those to the detriment of everything else in my life..), nothing was going to enable this body to be able to get pregnant, or on the one occasion it managed it, to hang on to it. And that admission, that sentence right there, still causes me an inordinate amount of shame. A heady and toxic combination of emotions including sadness, anger, disgust and frustration.

Shame takes a lot to admit to. When I work with clients, they describe things and I know they mean shame, but articulating that word and accepting that is fucking hard, no matter the context. Even in that safe environment, it still comes down to not expecting to receive an empathic response. It probably explains why some of us go off the deep end when we see someone not of this community say something that triggers those feelings of being somehow ‘less than’. Speaking from experience, anger is a real salve to those feelings of shame.

So, what can we do about it then eh? The wonderful Brené Brown says it best I think when she said:

These are the three magic ingredients that keep us in the loop of only being able to deal with the shame on our own. I know I keep these dates to myself, because I don’t want people to judge me for continuing to mark these anniversaries. I also don’t expect them to necessarily be able to react in a way that I would consider supportive. And so I keep them in silence and secrecy.

But, I’m getting to the point that I’m done keeping this stuff to myself, because I’m done hiding all this baggage away. And so this year instead of keeping it all under wraps, I told the other half why I was down at the weekend just gone. It’s not that I expect him to mark these anniversaries with me, but I just wanted to explain why I wasn’t my usual self.

And guess what, I didn’t get a weird look, I actually got support, which might sound weird. Don’t judge him for that, I think it reflects on me the level of shame I have felt over my fertility shit show, that I wasn’t even able to share it with him to the fullest extent. So, no more secrecy from me. I’ll be sharing my anniversaries with the right people to get the support I needs.

Oh and the photo? I expect you’re wondering why the photo of me at the top of this blog…That photo was taken at a friend’s wedding two weeks, two days after my miscarriage. I initially used it as my business photo, as it carries a lot of meaning for me. I look happy don’t I? Look closely and you’ll see the eyes don’t quite reflect the smile as much as it should. Shame and the mask collide.

I look happy don’t I? Look closely and you’ll see the eyes don’t quite reflect the smile as much as it should. Shame and the mask collide.