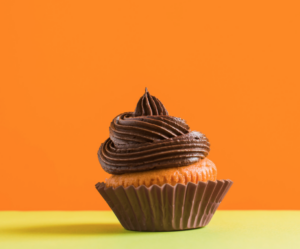 Counselling can be one of the hardest, but most rewarding things you’ll ever do, but it can sometimes feel like a crap on a cupcake.

If you’d asked me way back in 2012, whether I thought counselling was a valuable experience after my first ever session, I’d have emphatically replied no. I’d had a rather bruising encounter with my first counsellor and it hadn’t been good at all. My outlook at that time had been fairly negative if I’m honest, as I’d never experienced asking for help before…and it takes guts to admit to yourself that actually all the things I’ve tried don’t work.

But none of that was taken into account when I turned up for my first session. Everything from having to knock on her door, to the walking up the stairs to her counselling room, past photographs of her children just made me feel quite ashamed to be there to be honest. And so as I took my seat and quickly collapsed in on myself, the last question I had expected to be asked was whether I’d considered anti-depressants.

It was a very shaming experience and just added another layer on to what was already something of a tarnished, rusty turd when it came to my confidence.  I mean I was already questioning who I was, why, as an adult I needed help and the fact that I hadn’t been able to do what, seemingly, everyone else was able to do. I mean the proof was on the stairs as I walked up to her counselling room!

You’d be forgiven for thinking that this was the only time I sat with this counsellor, but you’d be wrong because I ended up returning another two times, before deciding I was ‘fixed’ and didn’t need any more help. If I’m honest the counsellor seemed equally relieved, as she ushered me out the door saying that she could offer a discount for hypnosis for fertility, all I needed to do was book in a block of sessions and voilá, I’d have my family.

And what did I do with this new layer of shame that I had acquired? I wore it, I spoke to no-one about it and I presumed that this was the way counselling should be. Such was the shame associated with this experience, that I didn’t bother asking for more help until 2014, when I was then informed that there would be no children. Tempting though it was, I didn’t return to that counsellor to have the guaranteed solution to my problem with the offered hypnosis.

But return to counselling I did, just three weeks after that devastating news, because I very quickly realised that my depression and shame were swallowing me whole. I couldn’t have named it as shame, but the fact that being around people and believing they knew what was ‘wrong’ with me, was enough to realise I needed help.

My experiences on this occasion were far better. Rather than adding to my shame, my counsellor helped me start to sit with my emotions and start to process them. Don’t get me wrong, it wasn’t immediate, because a lot of those early sessions involved me masking things and talking about anything other than my childlessness, my infertility and my ‘otherness’. In fact, some sessions it was a question of just allowing me to sob through 50 minutes without saying a word, because that was what I needed, but that process allowed me to slowly start to peel away the layers of shame.

And I’ve had other great experiences with counsellors that have allowed me to explore the shame I have felt around my infertility and my pre-CNBC baggage, because we all have it. That baggage! Those experiences have allowed me to explore who I am, think about my future and to experience true acceptance on a level I had never felt before when it came to my infertility and my not knowing, at 42, who I was.

But the one thing I’d like you to take away from this is that we all carry various shames around with us, even if we don’t yet know it, or at least we’re not able to verbalise or acknowledge. It’s unpleasant, it’s sticky and difficult to deal with, but, unfortunately, it’s normal.

But, if you’re open to it, counselling offers us an opportunity to sit and talk about our deepest, darkest fears. It allows us, to explore our history in a way that no other relationship allows us to. It’s not even that you need to speak, because tears, emotions or just body language speaks volumes. But by offering the empathy that Brene Brown describes allows us to normalise our feelings, bring our shame out and deal with it.

I’ve had some truly amazing experiences with counsellors meeting me on my level and being able to share my emotions with me, especially the shame I’ve experienced through the whole fertility shit show. While some of that shame still sticks around (especially as shame is a sticky and tricky fucker to deal with), it has nevertheless meant that I’ve been able to peel some of the layers away and start to reveal more of the real me that I was meant to be.

And that’s what I would like for everyone to be able to do, because shame can really stunt your potential, if you’ve had to sit with it and then have nowhere for it to go.

Counselling can feel scary, or shaming if people don't understand it, but put the work in and you'll be amazed at the results with the right counsellor