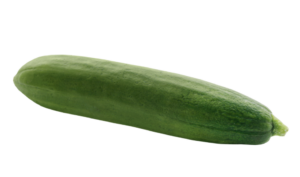 Why is it that sex education didn’t prepare me for my infertility or childlessness?

I have to be honest and say that nothing pisses me off more than our community’s invisibility. Everything from the fact we’re missing in major socio-political debates, through to consideration of what we contribute in the working world, even down to school. And so, I’d like to focus one of my biggest irritations and sources of anger…sex-education.

I don’t know about you, but my sex education was a bizarre experience, filled with videos of child-birth, condoms being unfurled on cucumbers and an embarrassed science teacher trying to stay ‘cool’ and talking about gonads. If anything it came too late in learning to be of much use, as we’d all learned how it worked in the playground anyway, but looking back I have to admit to a lot of anger. Anger? Seems a weird reaction, but bear with me, as I rant through another blog…

The short answer to this is that my anger comes from reaching the age of 38 before I truly appreciated that you don’t just become pregnant, as they taught me at school. And then reaching the age of 39 and understanding that there this huge fucking elephant in the room called ‘infertility’, that can rob you of your ability to have children.

And then not only that, but that there are conditions that can fuck up your body, leaving it so ravaged that you wonder how it can fucking turn on you, without you knowing it was happening. As well as doctors not always being the ‘experts’ they claim to be and then at age 42 realising that you can develop more than one fertility wrecking condition and needing to have a piece of you that defines your sex removed.

I know this all sounds so bloody naïve from a middle-aged woman, but I genuinely had coasted through life thinking ‘I can fall pregnant when I need to’. That messaging had been sold to me at school, it was echoed around me, with an incredibly fertile family and friends that seemed to be able to get what they wanted at the drop of their pants, and a few miles horizontal jogging. The lucky bastards!

But, for me the quality of sex-education in the UK is very definitely lacking. The story that we were pedalled, is that we meet our partners, we get married (of its time I know) and then we have children. And that’s it…where the fuck is the acknowledgement of infertility that affects 1 in 8 women and 1 in 10 men in the UK*? Where is the explanation that some of us will struggle with PCOS, Endometriosis (as prevalent as Diabetes in the UK by the way…**). What about the fellas that will have infertility issues with low sperm counts, or no sperm, or problems with the testicles, their hormones, or ejaculation issues? Where the fuck is the acknowledgement that things can and do go wrong.

Oh and don’t get me started on menopause. It’s like a mythical creature and yet all women will go through this inevitable part of ageing. But, nothing. Stoney fucking silence. Sorry love but you’re on your own, because that simply doesn’t fall within society’s norms. What a fucking wind up, because this includes the very normal reality that many of us have to face in infertility or the possibility that we won’t have children because we won’t meet that person.

And what does this mean then? It leads to generation after generation poorly equipped to deal with the harsh realities of childlessness (and infertility in some cases), feeling as though they are the only ones that are having to deal with this shit, because we were taught at school that this isn’t ‘normal’. And yet, the stats that show how many people are affected by infertility and childlessness (1 in 5 of the world’s population don’t have children…some through choice admittedly***). So, yeah, sadly it represents something that is ‘normal’ for a sizeable chunk of us.

But, it’s not bloody good enough to leave so many people feeling like social outcasts having to deal with other people’s bullshit when it comes to the fact they’ve not satisfied that social ‘norm’ of providing the 2.4 children we’re all expected to produce. I mean how many of us have lost friends over this? I’ve lost countless and even had people react as though they could ‘catch’ my childlessness. Don’t get me wrong, I’m glad they fucked off, as my patience for fuck-wittery has long since fizzled out.

But, underneath is the fact that their sex education has subconsciously left a message of we’re not ‘normal’ and that we’re to be eyed with suspicion because we’ve not had a family – and this goes for the childfree as well. Thankfully we’re no longer there, but there’d have been a time we would’ve been labelled witches for such a heinous crime as not reproducing.

But that messaging remains in the education we receive, and the messaging we receive from society at large, and then lucky us, it bleeds through into the medical fraternity too. The messaging that we must be imagining our symptoms, or that we need to hurry up and meet someone, as we need to crack on with sex so that we can have the children, because we’re running out of time. After all fertility plummets off a cliff-edge for women after 35 and it’s normal for you (yes I was told this, by a gynaecologist), after she was told all about my symptoms that flagged Endometriosis in my late twenties.  But she still managed to miss it.

If I’d been taught more about what could go wrong, I’d have been equipped to point out my symptoms to doctors, and stand my ground that it wasn’t normal. If I had been equipped to understand that ‘normal’ includes infertility, I could’ve avoided all the fobbing off from the ‘experts’ and not had to wait 11 years (nearer 20 if I include the times I flagged the symptoms with a GP) for a diagnosis of Endometriosis, rather than dealing with a procession of increasingly patronising gynaecologists.

And that’s why my anger is squarely pointed at the education system for not equipping me, or the rest of our community to be able to spot fertility issues. It’s also pointed at the medical community for being complicit in this bull shit that means we have to fucking fight tooth and nail to be fucking heard and understood when we start flagging up that something isn’t right, only then to be fobbed off with ‘it’s normal for you’.

And that for me lays the foundation for our invisibility. Nothing is taught in school, nothing is mentioned as you age, and you meet silence or are patronised when you raise symptoms that point at a very definite problem. That’s not even to acknowledge those of us that have other reasons for not being able to have a family, but the fact remains whatever the reason we don’t have our family, we’re not to be found in education, or society at large. And that’s just plain fucking wrong!

Well that's it for sexy June...watch this space for next Month's topic