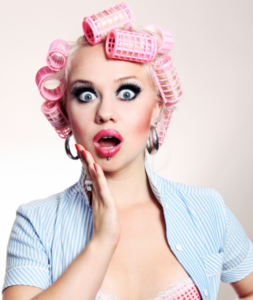 I’m very conscious that I’m writing this as a woman, in a heterosexual relationship and that sex for me has been very influenced by my backstory. And that our backstories are all very different, as are our perceptions about ourselves, depending on where we are on our respective journeys, what we’ve been through in terms of the childlessness and before that. But, that’s not to say that we’re all so different when it comes to what makes us feel valued and what helps us view ourselves as valuable.

So, when I think about how sex has played a part in my life, and how it has influenced my self-worth, I think about the three phases of my life in distinct parts. There was Sarah before the fertility shit-show, there was me during the shit-show and then there’s me after being spat out the end of it. Interesting that I’ve referred to myself in the third person, for the pre-shit-show version!

And that speaks volumes, I think because I feel very far removed from me then, I think because I was very influenced by sex when I was younger. I don’t think many of us can say that we weren’t, because it makes up pretty much all of popular culture doesn’t it. If you’re not getting it, then you’re thinking about it, reading magazines about it, listening to songs about it, checking whether you’re attractive enough for it… It’s hard to recognise how much sex is thrown at you when you’re in your teens and twenties. It screams, Society expects…for you to add to the population!! But, not too quickly, because we don’t want teen pregnancies, but also don’t wait too long and miss the boat. Jesus!

But where in that, is there any space for us to just breathe and learn a bit more about ourselves outside the relentlessness of sex? I mean is it any wonder that we all grow up with a shaky sense of self-esteem until we’ve grown a bit and understand that sex isn’t the be all and end all…or certainly not when it comes to building our self-esteem. I remember a version of me that was crippled with anxiety over my looks, my body-image and how I related to the opposite sex. It often led to lots of drinking to help me suppress the anxiety, so that I could pretend to be confident and pretend that I was happy with how I looked…I mean how many models do you see who are 5 foot 2 (and a half!), with a squint? Correct! None! And so my sense of my own worth as a sexy woman was always fairly shaky.

And so, it wasn’t until I met the other half that my obsession over my appearance calmed down a bit and sex moved into wanting a family. Because that was what society expects and also what I expected from my body. But, no matter how hard we tried, it just wasn’t going to happen. And here’s where it gets murky for me, my self-image and sex, because this is where popular culture came and bit me on the arse. I mean, it tells us that we should all be sexy and able to procreate…so what happens when you can’t?

The reason I can’t have the family I wanted is because I’m infertile. It’s not a word I like and it’s not particularly a label I wanted, but it’s the facts. My body doesn’t work the way it should and it couldn’t support a pregnancy. In fact, it could barely get pregnant, which really did a number of my self-esteem as a woman and my self-image. Gone were the feelings of sexiness and feeling as though I had value. Instead I was left with nothing, and feelings of worthlessness, failure and shame. And I could kiss goodbye to wanting sex for some time too, because low self-worth means no sexiness at all, in fact I can say honestly, that I felt asexual. A female eunuch – desexed and dehumanised.

I mean all the sex education I’d had at school told me it was easy to become pregnant. There was no mention of difficulties with getting pregnant, nothing about IVF and what was infertility anyway? Why did it have to be me that was broken, damaged and useless? And more to the point, why had I wasted all that money on ovulation kits, pregnancy tests and condoms for fucks sake?

And so then began the painfully slow rebuilding of my self-esteem, which didn’t just include rebuilding me mentally, emotionally, but also physically. Because, putting it bluntly I wasn’t ready to have the rest of my life without sex in some capacity.  But it’s tough to do that when you don’t know how you feel about your failure of a body and the fact that all of the fertility shit-show has left indelible marks on your body and your mind.

I’ll hold my hands up and say I don’t have all the answers, because I don’t. I had negative thoughts and feelings about my body as a consequence of my own issues with my fertility and my history around bullying and my appearance. The solution is therefore as individual to you, as it is to me, but what I can say is that it took a lot of work for me to be able to get my head around the fact that I still wanted sex. It wasn’t that I was entirely happy when I started to want it again, in fact it was hard because once I’d scratched that itch, I was left with the hollow realisation that it wouldn’t lead to the children I wanted…especially as I have no womb.

But, what I can say is that the things that helped me deal with it were basically getting the physical, emotional and mental ducks in a row…

And doubtless there’ll be more shifts in terms of sex and my self-image as I move through menopause. I mean my body is no longer as honed and toned as it was in my twenties. I no longer fit the body-beautiful image that we’re all meant to be (and never did to be fair…), but I think the acceptance that my body and attitude towards sex will change is ok.

So, yeah I think sex has a massive part of our self-image and how we feel about ourselves and what we project out into the world. But as I get older and having gone through the fertility shit-show I find I have less fucks to give about what other people think, it’s more about what I think about me and my sexiness. Perhaps that’s sexy…I wouldn’t know. I’m just happy to be focusing and working on being me right now.

How much does this chime with you and do you recognise the comparison-itis? Next week I'm talking about our otherness when it comes to sex education