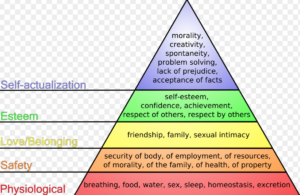 Is sex really all that important? I mean I can live without it, so what’s that got to do with how I value myself?

I mentioned this last week in my blog, but since joining this community I have become acutely aware of the fact that there was a distinct difference in who I was before my childlessness and who I am now. Is that just because of sex? God no, but my sense of who I am, my identity and how I show up have been significantly changed as a consequence of one small slice of what sex represents – children, or rather the lack thereof.

And I think a lot of this had to do with my obsessiveness about becoming a mum. I mean my whole focus and my whole reason for being became about being a mum. So, is it any wonder that sex also followed suit and became solely about ovulation, conception and nothing more? Surely, I can’t be the only one that can really only remember mechanical sex, legs in the air and all that bloody hope that it would work.

And I think that’s why after the fertility shitshow, I struggled to even want sex. There were feelings of not being good enough because my body didn’t work, with questions about why the other half would want to stick around. I imagine that many couples in this situation have had the conversation around whether they should stay together, particularly when the issue is restricted to one of them…in fact, as I reflect back, I would’ve been quite happy for the ol’ lady garden to heal over to be honest, after all the bloody trouble it’d caused me…

I guess that’s a reflection of how shut down I felt after the fertility journey. I didn’t like me, my body or the scars. The constant reminder of my losses, that I still wear as a result of all the operations, and that’s just the ones on the outside. As I reflect back though, that loss of my feelings around my sensuality, that shutting down of anything sexual, reflected not just in my unwillingness to think or feel anything sexual, it rippled through how I turned up for things. I wanted to be invisible and I felt utterly worthless. The furthest away from sexy you can possibly get, all because of my inability to have children.

And so, it took a lot of work for me to be able to get my head around the fact that sex represented more than that and to even want it again.  Because, this is the thing, contrary to what I’d been thinking, sex isn’t just restricted to procreation. I touched on this last week, but it represents so much more than just that. And, for those that aren’t coupled up, this also includes playing solo.

It’s about pleasure, connection, touch, attention, mental, emotional and physical release. All the things I didn’t want when I felt that I was worthless. But, don’t take my word for it. Have a look at the illustration above, called Maslow’s hierarchy of needs. It illustrates what the various stages of what a person needs to satisfy everything from their basic physiological needs (Red and orange), through to their psychological needs (yellow and green), and what they need for their self-fulfilment. The theory being that if we can get our needs, not wants, met in those sections, we’re motivated to continue up, until we self-actualise and become the best that we can be. If any one of these things is missing, it can leave us feeling unsure of ourselves and our purpose.

But, take a closer look at the red and the yellow sections, because what we have in there is ‘sex’ and ‘sexual intimacy’. That’s right! Abraham Maslow in the 1940s pointed out that we need sex in order to be able to feel complete and be able to become that truly self-actualised person. But, he also differentiated between sex as an act and what it represented, because it’s more than the simple act of shagging. Oh yes! It represents a lot more than that because there’s a level of intimacy to it – even if you don’t have a playmate, as you can be intimate with yourself.

This is why it plays such a pivotal part in our identity. It’s that list of things I mentioned sex represents, not just pleasure, but also intimacy and in more than one way. It’s not just about the physical, it’s also the recognition or attention. And to some extent there’s recognition and a reassurance that we’ve ‘still got’, we ‘still want it’ and that someone is prepared to give it to us, in an entirely consensual way, of course. It could be that ‘someone’ is ourselves, but nevertheless, being able to get that need met is important. I mean how many times can any of us say that a cold shower or something distracting has addressed that need? Zilch I imagine…a shower, a run, a marathon cross-stitch session doesn’t scratch that itch for that recognition, that intimacy, a need that we all have.

And it’s an expression of love isn’t it? Whether, it’s with or without a playmate, sex means showing love to ourselves, to others, again highlighted by Maslow in his hierarchy of needs. Because, included in this is the ability to be able to use our identity to love ourselves. What am I wittering on about?

When I was told I couldn’t have children, how much love did I have for myself? None! There was nothing for myself or to give anyone else for that matter. I felt as sexy and as sensual as a worn out old sock, punched through with defects and holes. There was no love for my body, there was no love for me at any level. In fact my level of hatred and frustration for myself consumed me. I wanted to vanish, I wanted no recognition, and I definitely didn’t want anything related to sex, because that was for producing a child. My identity as a woman was laid to waste because I couldn’t do the basics…

As Emily Nagoski says in her book ‘Come as you are…’, identity plays into your desire for sex, including feelings of empowerment. Yes, the book is aimed at women, but I think this could apply to men too, that have found themselves without the children they wanted…I mean how many of us have felt empowered with our backstories and becoming a member of this community?

So, going back to sex and identity, the basic idea is, if you love doing something, you’ll do it more. If you identify as someone who values sex, then you’ll do it because you love it. If you’re someone that feels that sex is just a thing to create children, then kiss goodbye to the drive when you discover you can’t have them for whatever reason. Our values, our beliefs about sex and our own self-worth and identity directly play into how we ultimately become the best versions of ourselves

So, what I guess I’m saying is, it all comes down to us, to figure out what sex represents to us individually, how important it is in terms of our own identity and how much store we put on it when it comes to rebuilding ourselves after something devastating like being childless-not-by-choice. I’m not someone that always thinks about sex, but it still nevertheless forms part of me, my identity, my values and how I show up. How about you?

Nagoski, E (2015) Come as you are. The surprising new science that will transform your sex life Scribe: London

How much do you value yourself and does your concept of sex fuel how good you feel about yourself?