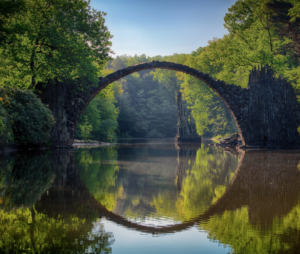 Just because we don't have children, it doesn't mean we're all the same - childless and childfree

It wasn’t that long ago that I was venting my spleen at the finger pointing at our community, but more recently I’ve been seeing a number of posts from various people online lately in terms of our community’s frustrations at being classified as ‘child-free’ and the lack of awareness of the different terms for those of us without children.

It’s been a source of frustration for me for some time, but as I mentioned in my video on Monday, Annie Kirby absolutely nailed it for me when she said ‘Twitter, for the love of all that is holy, please learn the difference between childfree (by choice) and childless (not by choice). It matters’. Yes, it does matter A LOT to those of us that are childless-not-by-choice’.

I can imagine that there are people out there, shrugging and wondering what the big deal is, after all we’re all without children…but there is a world of difference between those that have had the luxury of making the decision to not have children, and those of us that had that decision taken away. And this is why it matters.

The childfree – the ability to make a decision

The fundamental difference is that the members of the childfree community have been able to make the decision to not have children. There are many reasons why someone may choose not to have children and not all of them relate to not liking them. Many of the reasons can be financial, ethical or even relate to fears around the future, impacts on the body and the future for those children.

It doesn’t matter what the reason is, or even if it is because that person doesn’t like children, ultimately the decision not to have children, is an empowering one. It’s shows someone has made the decision to walk their own walk, rather than follow everyone else and that has to be admired…or so you would think.

I have seen many forum posts from the childfree community about the misunderstanding they encounter from others, regarding their personal decision to not have children. I can understand their anger and their sense of defiance at some of the responses they get. I mean since when has it been ok to comment on someone’s person choices outside their decision to not have children? It hasn’t, so I empathise with their exasperation at being judged for it.

The childless – there is no decision to be made, as it’s been taken away

And then we have our community – the childless-not-by-choice. We had wanted children, we had tried bloody hard, in our own ways to have children, but ultimately we weren’t able to. And again, there are many reasons why we’ve been unable to, Jody Day originally listed 50 here,  but has gone on to list many more.

Unfortunately, we don;t get to feel defiance, or righteous indignation at society judging our choice because we didn’t have the luxury of having one. It was taken from us, in different ways, but it was nevertheless still taken from us. But, that doesn’t mean we don’t have to face society’s baffled response to our childlessness and the judgements that are made about us not wanting children or hating them. Perhaps, that’s why I get angry for different reasons to the childfree community, because if people took some time to look beneath the surface of our circumstances, they would find a very different reality, caused by that loss of a decision.

We don;t get to revel in our decision, our defiance and our indignation at that judgement. No, we have to wrestle with our grief, which is a pass-the-parcel of endless shit giving. Because, it isn’t just made up of the losses of our dreams, or the very real losses of those children, but also the massive ripple effect we feel from that loss. We won’t be able to see our faces, our mannerisms, our traits reflected back at us in a smaller version of ourselves. We’ll never see our children take their first steps, say their first words, go to school…we’ll never know what it is to be a parent, a mum or a dad, a nan or a grandad. We can imagine, and feel the love we would’ve had for them, but we’ll never experience that reflected back at us

And with that there’s always a sense that we haven’t got to make the step up to the next stage of our lives. We’ve not passed Go, we’ve not been able to buy Mayfair and put a stack of hotels on it. Instead we’ve seen our dreams turn to ash in our hands and we have to find a way to be able to build ourselves back up again, from the very rock bottom.

It doesn’t matter what the reason is that we find ourselves in the club that no-one wants to be a member of, we’re here and along with that huge grief, is a massive dose of shame. I know from my own experience, that I have never felt so much shame than when I was told I would be unable to have children. I’d already felt the deep shame of experiencing a miscarriage, and feeling as though I’d failed and let people down…not least of all Aaron, my unborn child. But, nothing prepared me for the deeper sense of shame that accompanied being told I wouldn’t be able to have children. I mean that’s why we’re here isn’t it?

I know I’m not alone in feeling that deep sense of shame, because I see it time and time again in other people from this community. I see it in their posts on social media, in private groups, away from prying eyes. I see it in the voices and the faces of the brave people that come on to The Full Stop podcast, to share their stories and speak their truth.  And I see it in my friends’ faces, their feelings and their stories when we talk. None of this ever fails to move me, when I see my own feelings and pain reflected back at me.

So, people from outside the communities would be forgiven then for thinking that we would share our experiences with the other community, but that doesn’t seem to be the case. If anything the fact that one community got to make a choice and proudly declare it, while the other is dealing with grief and shame, seems to act as something of a barrier to us sharing the same space comfortably.

I know for the childfree it’s not something that someone decides overnight, having watched a presenter at last year’s Fertility Fest, who made the decision not to have children for the environment. I have to admit though, there was a ripple of negativity amongst the audience when she was asked whether she grieved for that decision, and she said yes…for about six weeks.

Woah! Hold your horses, because that ain’t grief. If anything that’s questioning whether the right decision was made. It’s not years of grief that comes from having had that decision taken away from you. Grief is a profound, all-encompassing sadness and anger, that you aren’t able to have the children you want. It’s  having to build yourself back up from nothing and deal with your shit so you can go beyond just functioning to actually wanting to actively participate in your fucking life again, because you won’t ever be the same again after this. And it’s about learning to cope with the grief waves that keep coming at you, and learning to be resilient when there are so many fucking triggers, you can’t move for them.

So, yeah, the result may be the same, but there is a world of difference in terms of the reality of being child-free and child-less. Not least because the childfree experience is an empowered decision not to have children, while the childless one is filled with grief and shame

For more on Annie Kirby see this link.