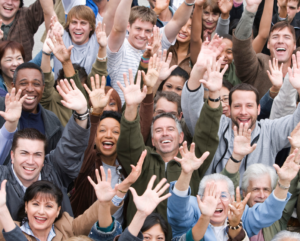 Fighting talk - standing up for ourselves

I was idly trawling through Twitter yesterday, because I was procrastinating on some work I needed to do on a website (you know me and tech…) and I saw a tweet from a member of our community talking about the vocabulary around infertility and the word ‘barren’.

There was something of a mixed response to it, including one response saying that someone was trying to reclaim it. Good luck with that! But for the most part, every woman, who responded was appalled. From my own perspective, I only have to see this word and I feel physically sick. It’s not just that the label applies to me, as an infertile woman, but it’s the connotations that a woman (because let’s face it a man is never called barren), is so dried up, as to be devoid of any meaning and significance without her ability to have children.

But, it then got me thinking about the vocabulary around infertility for men as well. And I have to be honest, I’ve not had to dig deep for these examples. How about the lovely ‘jaffa’? For those of you not in the UK, this is a reference to a man being seedless, as in jaffa oranges. Again, there’s a sense that people using this think that it’s something to denigrate and reduce a fella that can’t have children.

I could go on, but let’s stop there, before we all get to the point we’re ready to rip someone a new one. But, it definitely bears thinking about, especially as there is a lot of language around fertility and it’s not all good. But, you can see that it’s there, and that the fact it has a language around it shows that there is an awareness, albeit, some bastards are quite happy to slap us down for it with derogatory terms.

So, what about childlessness then? Where is our vocabulary? Where is the language and the terms that show that people know and are aware of what we, as a community and individually are facing up to?  Let’s face it, if you’re not a fully paid up member of the club no-one wants to be a member of, you will have no awareness of us. And this is the reality we face as a small, but increasing community.

And I have to be honest here, because I think for the most part, we’ve been invisible until this Covid-19 virus took off. We simply haven’t appeared on anyone’s radar…you only have to look at the lack of political or socio-economic consideration of those without children to realise we’re totally fucking invisible. There simply isn’t any planning for us either now or in our dotage. For more on this, please do have a look at Ageing without children.

But since Covid-19, it’s become apparent that we’re no longer invisible, we’re now very conspicuous to those people that have been lucky to have the 2.4 children. The problem is we’ve been bracketed together with the ‘childfree’ community, who have chosen not to have children. All they see is the absence of children and the tired old assumptions resurface again, along with the presumption that we’ve chosen not to have children.

This is troubling because it leads to a number of stereotypical views about this community. Some have been around for a long time, such as the ‘fact’ we all hate children, or that childless men are all paedophiles, as was discussed in the first men’s episode of the podcast, or that we’re all living the life of luxury, because of the extra money we have as a result of not having children…*sigh*.

The underlying message I see from all of this though is that the perceptions of our community, are that we are all entitled and living this life of privilege. Is that perhaps why there is this parental pronatalist attitude that in order to counteract their own stereo-typical views, they have to use their children as leverage to be entitled to the additional holiday over ‘family’ celebrations? Is there a sense that they need to lumber us with additional work, because we’ll be swanning off on our third extravagant holiday later this year anyway (once Covid-19 buggers off at any rate…)? Who knows, I don’t even think parents would be able to explain this attitude if they have it (not all do!).

But the upshot of these musings is to highlight the ‘them vs us’ that has happened as a result of these misunderstandings between the communities, whose lines of demarcation are based around children and the lack thereof. It very much feels to me that we’re the underdogs in all of this. We have neither the children we wanted, nor have we been able to make a decision for ourselves – regardless of the circumstances we’ve had that choice taken away from us. And yet, we still fall under the umbrella of being without children and therefore ‘childfree’.

And so I think it falls to us to start to come up with a vocabulary that not only updates the language around infertility (eugh!), but also around childlessness. We essentially can’t show up and defend ourselves when the spotlight is shone on us, when we aren’t equipped with the language, as a community in the first place.

I know that Jody Day has been a staunch advocate of doing this, but nothing has really been universally accepted by us as a community. Perhaps, to some extent the shame and the trauma have effectively rendered us mute, and the invisibility we’ve experienced so far has helped to shield us away from the harshness of the judgements. But, the virus has done one thing, it has shone a light on our community and as yet, we simply don’t have a voice with which to defend ourselves, which leaves me feeling very sad and fucking raging.

Without this collective voice, we simply can’t stand up and be counted. Without the language, we’re not able to share our experiences and show how we stand out from the childfree. Without a voice and a vocabulary, we simply aren’t able to make ourselves heard to be taken into consideration for political and socio-economic policies that we need when it comes to housing, care, benefits or even how much of a contribution we make to the state, rather than take from it. Nothing, it’s all invisible.

I could witter on more, but I guess what I’m trying to say is, I wonder when we will feel bold enough to raise our hands and be counted? When will we feel able to explain our realities and stand up for ourselves and what we need? Who knows…I just hope it’s in my lifetime.