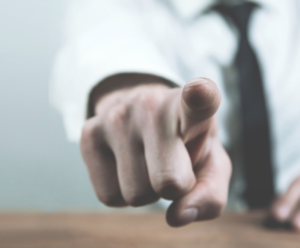 When you feel lonely, misunderstood and lost, you can start to wonder what the fucking point of being part of polite society is anymore.

I have to admit that there have been some insensitive comments made about our community and some ridiculous assumptions made in terms of how much time/money we have in the past. How we can cover the slack over holidays, because we don’t have a family or even how many expensive holidays we can take a year because we don’t have the expense of children…but these unique times have really ramped up my irritation levels when it comes to some of the fucking idiocy I’ve witnessed lately.

Over this last week, I’ve been feeling my general levels of irritation and frustration increasing. It started off with looking at what’s going on in the world at large and the differing levels of competence (or total lack thereof) in some of our world’s leaders. I’m not going to get political, but honestly some levels of ‘arse-elbow’ going on have left me gob smacked.

There have been some real heroes in terms of the NHS, local communities pulling together and stepping up to help people that are vulnerable or having to self-isolate. And then there have been examples of people just acting from selfishness. So, we’re seeing the very best and the very worst of society at the moment, and it’s been a rollercoaster of irritation and admiration at our species for me.

But the cherry on the icing of the cake, has been the social media lines of demarcation between those of us that have been lucky to become parents, and those of us that haven’t. I know there are other barriers to people at the moment, but I’ve been shocked to see the animosity and the finger pointing that has been aimed at us in this community, by some parents on social media.

Yes, it’s hard to have children, and doubtless these are tough times trying to keep them occupied and motivated to learn every day of the week, but my empathy quickly evaporates entirely when I start to see finger pointing at us. And, just because they’re experiencing difficulty, doesn’t mean that people get to point the finger at this community and suggest that we’re enjoying ourselves. I can categorically say that we aren’t enjoying ourselves, or viewing this as a zen moment of calm in which we can level up spiritually and rejoice in the healing of the planet. Honestly! What the fuck do these people take us for? A community that‘s sitting back, sipping on a glass of champagne and enjoying watching as life as we know it unravels, while we take up our new hobbies? Fuck off!!

One post in particular has had me seething. You might have seen it. It has a photo of a fella, looking into the camera, while his child and partner are in the background. And while I don’t want to pass the shitty stick on, let me just summarise the bits that fucked me off…

‘I bet there’s literally nothing left to clean in their revoltingly spotless houses…I bet they taking long baths with bubbles n shit. Legit just walking around…like the fucking kings and queens they are…They probly (sic) just waking up to their own body clock…Asking each other what they wanna do today and then both belly-laughing in unison as one of them pours the next champagne and cheese…’

Yeah, that’s right because 1) none of us have to contend with money worries and so we can afford champagne by the bucket-load at the moment, 2) we all are coupled up with someone and get to lounge around all day with that significant other without dressing and 3) none of us have to contend with mental health problems that make it impossible to shower, let alone bathe in bubbles or want to clean the house. When I combined this with a meme about how people who don’t have children are able to take the time for new hobbies, I was ready to go off!

Not that I’m expecting either of these people to sit and take the time to understand our community, when they are so tied up in their woe-is-me attitude because they have children, but let me break it down for anyone that is reading this under the impression that my community is presently loving life and living it large.

Firstly, I’ve had years of mental health problems, most of it has been directly attributable to my infertility, miscarriage, hysterectomy and my gynaecological health. And, while I’ve been working hard to keep in on the straight and narrow, it doesn’t take much for me to feel the familiar tap on the shoulder, telling me the anxiety and depression are on their way back. And so, I keep busy and I keep myself motivated.

A lot of this is business related, but it also has to with cleaning my house and keeping my self-care levels topped up. What it doesn’t include is lounging around with nothing to do, sipping champagne and eating cheese. Because if I stop, then I might just stop and not be able to pick myself back up again. So, yeah, it might include picking up old hobbies and looking at new ones, for the sake of my mental health!

Other people from this community will also have chimed with this stance on their mental health. There is little research on this, but when you combine grief, shame and trauma, you have a whole shitshow that needs to be unpicked. And because the childlessness leads to your sense of self breaking down, you also have to deal with your backstory and other accumulated baggage. So, the chances are, many of us from this community are doing the same as me, because if they sat and wallowed in the feelings that are brought up at the prospect of seeing their horizons diminish, they’d sink into that pit of despair too. So, why shouldn’t this community use the time wisely, rather than wallowing?

Secondly, the isolation that we now find ourselves in, can cause dips in mental health too, if for example, we live on our own, or we have health problems. Or we just recognise feelings are being brought up for us in terms of seeing aspects of this isolation that we’ve self-imposed on ourselves after discovering we couldn’t have children, or experienced failed IVF, or had a hysterectomy or split with our partner knowing that was our last chance at having a family…or any of the myriad of reasons we find ourselves part of this community. It doesn’t matter, all we know is that we shut ourselves away to protect ourselves from other people seeing our pain, or worse not understanding it.

And so, for that reason, we can find ourselves struggling more than some because of the sense of having fucking been here before, totally immersed in our grief…again! Not only that but the changes we have seen lately can trigger similar emotions in us as grief – hence me comparing the change curve and the grief cycle last week. So, yeah, it’s going to be fucking hard for us, as individuals and a community. Something, people outside this community won’t necessarily understand, as demonstrated above.

Thirdly, this isolation also means spending time at home for days and weeks. Doesn’t matter if we’re on our own or live with someone, spending this much time at home makes you keenly aware of what’s missing. Children. I’ve said it before, but my house was a purchase made when my partner and I thought there would be a family to fill it. I’m lucky to have a house, I know that, but sometimes it feels like a cavernous warehouse, some sort of sick joke, because we weren’t able to have the children we wanted.

I can imagine that this might chime with people from this community too, given that we should be one of those people getting exasperated at children getting under our feet while we’re cooped up. So, it rankles a bit when people moan about being so busy/exhausted etc with their children, given that it’s something we would chew our own right hand off for.

And so, yeah, in order to stop these things and many more, it makes sense for us to keep ourselves busy, rather than feel our mental health slip between our fingers, because we’ve been informed by people with children, that we’re lucky to have so much free time. Because free time doesn’t equal lots of new hobbies for the sake of it. No, we need them to keep a grip on our mental health.

But, if you take nothing more away, if you’re reading this as someone who finds themselves lucky enough to be a parent – the finger pointing needs to stop. We are all struggling with our own circumstances at the moment. No-one has it any worse or any better, as we all have our own personal struggles. So, while I can understand that times are hard with children in the house, I would like those that have been lucky and fortunate enough to have a family, to spare a thought for those of us that haven’t. Where you might see privilege and an opportunity to kick back and relax, some of us see it as a time when we are keenly aware of what we weren’t able to have.

If you can be anything at the moment, be kind, be patient and be compassionate. Keep the finger pointing to a minimum as we’re all trying to do our best.