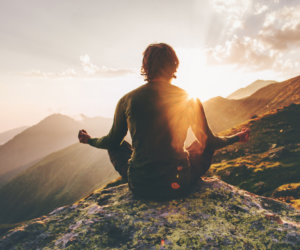 Being still for a moment and taking time to feel...isn't Zen, it's fucking painful.

I don’t think it’s any coincidence that I’ve been feeling my anger grow and that this weekend I’ve had to take time out just for me. I think the awareness of the growing anger and frustration at people outside this community, together with a feeling of helplessness about not being able to support my community when it needs it most, made me realise that I needed some time out.

For me anger has always been a safe place to hide and vent when my emotions have overwhelmed me. Anger has always been, and still is, the easiest one for me to express and show in public. It didn’t matter what I was angry about, that blast always meant I had vented what I was holding on to, even if the thing or person I vented at was entirely unrelated. It made for some interesting, and volatile, times when I was younger, and a reputation for being moody with a quick temper. A fair judgement I’d say.

But with age, comes increasing awareness and responsibility. Some of this is because of my training as a counsellor, but an awful lot of it, was a feeling of not being entirely comfortable in my own skin. When I was younger, I was terrified I would put on weight, and so began a complex relationship with food and exercise, which can still rear up at me now, with my increasingly middle-aged body doing whatever the fuck it feels like. Thanks peri-menopause, you really are the arse-ache of a gift that keeps on giving!

So, fast forward to last week and after that vent in my blog, which felt bloody amazing by the way, I’m not going to lie, I felt the tap on the shoulder from the other emotions that usually follow anger. You know the ones, frustration, sadness, emptiness, shame…all the fucking horrible ones that are tougher to process and deal with. This time though instead of burying myself in work, I stuck to my promise to my other half that I would take Easter off (with the exception of some training for college…).

That’s not to say I did nothing, I did loads of stuff, but all with the aim of taking time for me. That meant spending time in the garden, putting my hands into soil and losing hours as I tended to my seedlings and plants or weeded. It also meant a significant amount of time on Saturday running away from wasps, screaming and swearing. I know you’re meant to take the rough with the smooth when you’re dealing with nature, but wasps can jog on!

It also meant long walks – Saturdays scratched my runner’s itch, as I marched four miles in one hour and 2 minutes. I was gutted at not getting under an hour, but I had to accommodate some ‘drama’ passing (if you’ve not come across this term, I’d recommend watching Russell Kane’s Youtube rants while on lockdown). And then longer, slower walks, taking time to listen to the birds, admire the Bluebells and to listen to the young lambs.

But, it also meant tuning in to my emotions, and they did come up, strangely triggered by, what had been until recently, my favourite TV show. It’s called ‘Parks and Recreation’ and it’s one of the funniest and gentlest shows I’ve seen in a while, but as time has progressed, so have the references to ‘pregnancy’ and ‘starting families’. And something came up for me in the last episode that finally allowed me to unlock the feelings of shame that had been loitering around me, but not being expressed, as I took time out this weekend.

Before this episode there had been two characters that were pregnant, but they left before the actual birth, and so I breathed a sigh of relief that I could still watch this show. But then it happened…the two main characters, Leslie and Ben, start to talk about ‘starting a family’ and ta-da, she’s already achieved the seemingly impossible for me. It was like a punch to the stomach, because it brought up a lot of memories, not just around the hope and expectation of when you start this journey, but also specific memories around my miscarriage.

The ones that came up weren’t just the vague recollections of the continual trying and the cycle of hope and disappointment, but one where I had just started going out with friends again after my miscarriage. I had shut myself away to this point and I hadn’t told them what had happened, but on this occasion it was my friend’s dad’s funeral, and I felt I should pay my respects. Not only did I have to contend with being around grief again, I also had the mid-wife call me to say how sorry she was mid-wake. It wasn’t what I wanted, as it was too painful to hear pity, and she received short shrift from me. There’s that trusty suit of armour again called anger.

Fast forward to a few hours and a few more drinks later, and I’m with a group of my friends. One of them has left, his partner is expecting their first child and so he had been talking about that a lot. I’d carefully avoided him and when he left, I was very relieved. So, now we’re eating a curry and a friend turns to me, saying ‘you want kids don’t you?’. I felt as though I’d been punched in the stomach. My other half was peddling away under the table, kicking him, but it was too late, the sucker punch had landed. My face collapses, the tears prickle and overflow and the pain in my chest lands hard and my curry turns to cardboard in my mouth. I throw my money on the table and leg it out the restaurant and up the road.

Another friend catches me up and the words fall out of me, all of it, about my miscarriage, my uselessness and my pain. And while they were able to support me, it meant I didn’t feel safe to go out again for quite some time afterwards. And that’s where I returned to while I watched my favourite show. I’d relaxed off, because the characters with the pregnancy story line had left, but then out of left field, I have the story line come again and I’m not prepared for it.

And I guess for me that’s what slowing down represents, not just self-care, but dealing with the repressed memories that come at me when I’m triggered. And that’s why slowing down has caused me some fear, because you never know when this stuff is going to come at you. It took a long time for me to process this one, because the feelings of loss came at me from multiple directions. Firstly, revisiting old, painful memories, but also that I’m going to have to stop watching this show until I can better handle things.

There’s also frustration though too, at seeing these story lines perpetuate the myth that because you want a family, it happens just like that. That everyone, is so fucking fertile that they only have to express that wish and bang! They’ve got what they wanted…It just makes me feel useless and unworthy again. Something, I guess I’ve been feeling quite a bit of with my frustrations at feeling unable to support you all in a meaningful way during this crisis.

It’s disappointing that I’ve not been able to ‘fix’ this situation for you or provide any meaningful support. I know people are struggling with what’s going on, and I think we all have ‘stuff’ that’s coming up, but I think the best thing I can do at the moment, is just keep sharing what’s coming up for me, no-holds-barred and hope that it helps you in that sharing.