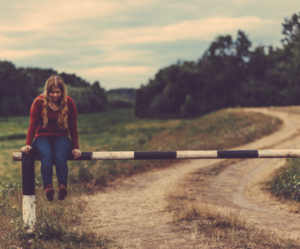 What happens when you feel as though you’re always on the outside looking in?

Nothing makes me more frustrated than when I’m reminded that I’m on the outside looking in. Maybe it’s partly because I’m still grieving not being able to be a parent, or maybe it’s because it takes me back to school, when I was most definitely never part of the ‘popular’ kids club. Maybe, it’s also the feelings of rejection, when you don’t quite make the grade to be part of a ‘club’. Maybe, it’s a combination of this little lot, but this feeling of being on the outside looking in never really seems to diminish entirely.

It’s there in all of the annual holidays focused on families or being a certain member of the family – Easter, Summer, Christmas, Mother’s and Father’s Day. I mean if you’re a parent, I wonder if you truly understand and appreciate that each and every facet of society has been geared towards you, while the rest of us stand around on the edges, feeling like a spare part?

I think perhaps the worst part of it is really the fact that it all feels so isolating. It’s not just the loneliness that we can feel through not having met a partner, or not being able to join in in conversations with parents (I mean we aren’t allowed to have an opinion on this stuff are we..?), but it’s also the feeling within our family units that we aren’t understood there either.

I have to admit, I’ve been lucky that my parents and brother have taken an interest and want to know about this stuff. They watch my videos, read my blogs and ask me about all this ‘stuff’, albeit they didn’t know about it for quite some time as I felt so ashamed that I couldn’t tell them what was going on. Not because I didn’t want them involved, but simply because I felt incredibly embarrassed by my inability to have children. But, now having told them about it, they are interested.

However, I know for many of you that simply isn’t the reality. For some of you there is an inability to be able to have a conversation about your feelings, or a minimalising of the feelings you do have that can render you mute. It’s almost as if the situation is an enormous elephant in the room that can’t be addressed.  And that can be an incredibly lonely experience, when you’re having to deal with your own grief and your feelings about yourself and the fact life hasn’t turned out the way you thought it would.

And then there’s also the friendship apocalypse (This is courtesy of Jody Day), which doesn’t just impact on our self-esteem further, it isolates us and makes it feel as though we’re not worthy of friendship and no-one will ever understand us, because we’re the only ones going through it.

I’m not going to be talking about this in this blog, as that’s scheduled for next week, but let’s look at ways we can try to address the feelings of ‘otherness’ as a result of our feelings of being an outsider in our families and society at large

I know this is going to sound weird, but I know from my own perspective that I have found using avoidance is one of the best ways to help heal in the short term. Yes, granted it’s not a long term fix, but it does provide some breathing space until the pain subsides enough to be able to cope with something. For example, Christmas is a huge deal for me and makes me feel my ‘otherness’ acutely, and so I have avoided putting up decorations until last Christmas when I felt able to. I was still emotional, but I felt able to cope, whereas previous years it was just too painful

Again something I’ve come to later, because I told hardly anyone about my infertility for a long time. Yes it caused a few issues where people blundered when they didn’t know, but for the most part I asked for no support from anyone but my other half. However, now when I’m struggling I’m able to ask for support from a small group of people. It’s a HUGE deal for me to be able to ask for help, but when I’m struggling and hiding away doesn’t help, I now swallow my pride and ask for support and understanding.

This is a hard one and as you can see, by my own admission, I’ve struggled to share my feelings in the past. I am now better able to share how I’m feeling with some people, but I think this’ll always be a struggle for me.

If you chime with this, I think part of the problems with sharing involves us needing to vulnerable. It takes guts to be vulnerable and sometimes there simply isn’t the emotional capacity to do this, because grieving makes us feel exposed enough as it is. All I can say is from my own experience, being able to share has saved me and other people around me a lot of pain – either by their inadvertent blunders, or my triggered emotional responses.

It can be hard dealing with the feelings around being on the outside looking in, but rest assured you aren’t the only person to feel those feelings. Taking these small steps will help you to cope with the emotions as well as deal with the situations that come up.

It takes a lot to be able to address the ‘otherness’ of being CNBC, but there are small things that can be done to help you. Next week I’ll be talking about friendships and offering my advice on how to pick yourself back up.