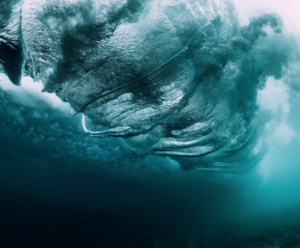 I was talking to a friend the other week about being childless and how it never seems to end in terms of the things that can trigger a wave of grief, that leaves you feeling as though you’re being sucked under yet again. Imagine if we could explain to people that aren’t part of this community what it’s actually like.

Take for example, my experience the other day. I was sat with a collection of friends, all of whom belong to this community. As we sat in the late January sunshine, a young child started screaming. The kind of scream that punches a hole in your head and to some extent your heart too. We all joked that ‘thank goodness we don’t have to deal with that…’, but do you know what that relief is only momentary and I’m sure I wasn’t the only one that thought ‘actually, I really wish I did have to’. And there was a little puddle of grief that just gently lapped at my toes to make itself known and a small stab at the heart.

Grief then came along and tapped me on the shoulder later that evening as I sat watching a program and an advert popped up full of tiddlers. My partner has become very adept at fast forwarding through these, but for the first time in a long time we were watching something in real time rather than on sky plus. Shit!! No fast forward, just a frantic punching on the keys of the remote to change the channel!

And you’re able to sit with it for a little while, with it tapping your shoulder and letting you believe you can cope. Until something else comes along like an anniversary or an insensitive comment and before you know it you’ve been pulled under again by another wave of grief.

If it’s not the wanky comments trying to minimalise your grief because they don’t understand, they can’t empathise or they’re just an insensitive arse, it’s the pity party. Please don’t, just fucking don’t…

And there’s the problem, because our grief is invisible, it’s taboo, it’s an elephant in the room and so people don’t or can’t take account of it. This in turn makes it difficult for us to be able to cope or deal with something that gets launched at us at a moment’s notice, and that means we can end up trying to hide away for fear of being triggered and feeling that grief well up, yet again.

So what are my tips for dealing with this?

The waves of grief are hard to deal with, as I know, but coping mechanisms and finding things that work for you are key if you are going to be able to deal with them in the short to medium term. In the long term, the only thing that can help is time, lots and lots of time. There is no prescription for how, when and if they stop, because it’s your journey and as individual as you. But key to surviving the waves is making sure you do what you can to protect yourself.

Waves can be hard to deal with, but there are ways you can help yourself deal with them