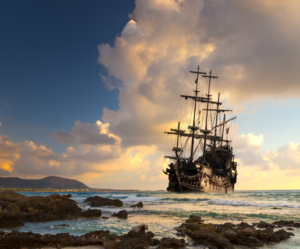 STUGs – what are they? Where do they come from? How can we stop them? Will someone please explain what a bloody STUG is?

Last week I was reflecting on waves of grief and triggers. It would’ve been very easy for me to skip on and start talking about the next topic which is all about being OK with grief. But, I’ve decided to press pause on skipping ahead, because the waves of grief and the triggers represent a big deal to all of us. I’ve read time and time again, forum posts from people struggling to deal with something that has come at them from left field, that’s left them feeling shit. So with this in mind, I just wanted to steady the ship, and take some time to research the phenomena called STUG.

This started when I stumbled on an excellent piece from a psychologist called Jackson Rainer*, who describes the triggering moments when he sees or hears something that reminds him of his late wife. The thing is, with his article Jackson perfectly describes the reaction I can feel when something comes at me, without me having my defences adequately in place. And I think we can all relate to the pain he feels. I mean how many of these can you relate to?

So what are STUGs? They are Sudden Temporary Upsurges of Grief. Sounds familiar right!? That’s because, if like me you’re progressing along your grief path and have come out the end of the relentless stage, you’re now likely finding that grief is coming and going, as and when you notice a trigger or someone says something insensitive. And doubtless, you will have resonated with the examples I gave above, so is this bloody normal?

Yes! That’s right, you and I might not believe it, but this is a normal part of the process as we progress along the grief cycle, trying to get to acceptance. Ours is a ‘complicated grief’, which means that it can last longer than a ‘normal’ (is there such a thing?) episode of grief. It can also see the grieving person, excessively avoiding or focusing on the cause of their grief. The result being that the person can be affected by intense feelings of sorrow, low self-esteem, bitterness and potentially develop dependencies on drugs, alcohol, food, whatever they need to use to cope*.

Does any of this sound familiar to you? It does to me. So what can we do to help us cope with the STUGs then, when they pop up to catch us out? For me, there are a couple of things that help me:

There are likely other things you can do, and perhaps you do them without thinking because you have developed a number of coping mechanisms. But, if that’s the case then become aware of them and make a note. It took me a while to notice my coping mechanisms, but when I did I was better able to deal with things when they were thrown at me out of the blue.

Nothing is going to stop the STUGs coming at us, but at least we know that it’s a normal part of the process