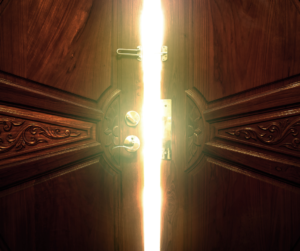 I don’t know about you but there are a number of anniversaries that I mark each year. Grotty dates that lay me low and leave me thinking about the ‘what ifs and maybes’. And I’m right smack bang in the portion of the year where I have more of them than I care to mention.

November marks the hyster-versary, then there’s Christmas with all its glorious focus on family, children and miracle pregnancies. Then in early February it would’ve been the birthday of my child. This is then followed in late February, when I have the anniversary of the laparoscopy that discovered the Endometriosis stage 4. Which is then followed by the anniversary of the 10 minute consultation where I was informed that there wouldn’t be any children in March…eugh! There are more but let’s leave it there, because I imagine my mentioning mine has started you thinking about those that litter your path.

Every year I find myself here in this portion of the year where I start mulling over the what ifs and maybes. What if I had pushed the doctors harder in my twenties to find out what my crazy symptoms were? Would that have meant I would’ve started trying for a family earlier? Would it have meant that I wouldn’t have gone on to develop stage 4 Endometriosis or Adenomyosis? And so it goes on…

But the fact is I can’t change any of this. As I said on Monday’s video, what’s done is done and there is no going back to change history. But like the film ‘Sliding doors’ I do wonder what would have happened if…It’s a depressing set of circumstances but all this mulling doesn’t really achieve anything does it? I end up going round and round in circles leading me to feeling shit and powerless to do anything about it. And if I’m not careful it can drag me further down into a mire of depression and recriminations for not knowing what I know now.

But that’s the beauty of 20/20 hindsight, all too late it tells us what we ‘should’ve’ done. And as soon as you get into the ‘shoulda, coulda, woulda’, we’re on a hiding to nothing because there’s a lot of baggage in those words.

I wonder if you relate to any of this? Do you find the same old record playing, the same old soundtrack and film where you’ve cocked up? Does that rabid little voice use it as a reason to beat you down and keep you there feeling utterly useless? Eugh! Why do we do it to ourselves?

Let’s press pause, because there’s nothing wrong with reflecting on the past. That’s how we learn lessons and it’s how we process our experiences, both good and bad. But sometimes, reflection goes beyond this and turns into depression and living in the past, which affects your life in the present. And that’s when we need to start to change the record so that the shitty times don’t always pop up when it’s unhelpful or downright harmful.

So how do we do this? On Friday I’ll talk about how we can press pause and start to change the script. But let’s do some of that now, rather than wait.

First off, you need to notice all the horrible things you tell yourself and the grotty evidence that flips up in your mind to accompany the horrible messages. Whether that’s a replay of all the mistakes you made in your life or just those related to your childlessness, it doesn’t matter, just notice them.

Then it’s a question of trying to identify the message that you’re telling yourself. In my experience, it’s usually ‘you’re not good enough to be x, y and z’. It took me a long time to appreciate that none of the circumstances or my health problems were my fault and that it was just genetics – something I had no control over. It also took a long time to understand that I did the best I could at the time. So I might not be a mum, but that doesn’t mean that’s because I didn’t deserve it or that I wasn’t good enough. What about you and your evidence?

Once you’ve done this, it’s time to provide yourself with some new evidence. So, for me, my body wasn’t able to provide the children I wanted, but it got me through almost a year of running races. My body has an amazing capacity to heal from all of the operations I had, including the hysterectomy. My brain has meant I have been able to retrain…etc.

Your story will be different to mine, so what is it you’re beating yourself up about, what evidence do you parade in your own mind to ‘prove’ the nasty messages and what achievements can you draw on to show you’re good enough? . And remember to ask yourself, what am I saying to myself and would I talk to a friend/partner/another human being this way?

If anything I suggest is a struggle or you start to need help then, journaling and counselling is something to consider. You don’t have to do this on your own and it pays to make sure you have help to process it in a safe way. Keeping safe as you work on this is important because starting the dredge through the tough stuff takes resilience and sometimes we don’t have that on our own.

But, as I said last week, if we start to talk to ourselves a lot bloody nicer and become our own best mate, we can start to develop and use levels of resilience to draw on when things are going pear-shaped. Something I’ll be talking about next week.