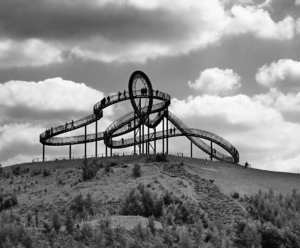 Looking back – the past decade and social media

Social media can be tough at the best of times, as you scroll through and see people waxing lyrical about their pregnancies, their children, their latest milestone…I think Facebook has to be the biggest culprit for this as people showcase their ‘perfect’ lives, but I think it seems to up the stakes over the festive period. Which is why I think, on a personal level I seem to have switched more to Twitter.

So imagine my joy, while I was idly scrolling through Twitter over the festive period to see a tweet from someone commenting on the key things that had happened over the past decade, in order to mark the imminent start of another decade in a few days. Obviously, there were lots of comments from people joining in, but it irritated me because I realised I wasn’t really up for sharing mine.

Most of the comments were married, divorced, people passing away, children…obviously. But not-one person put miscarriage, or not meeting the right person or even being told that they’re infertile. And it made me feel sad that although we know what we’ve been through, there is still a perception that we can’t share this information. I mean this was meant to be a light-hearted(ish) review of the decade and so sharing my shit show of a decade was going to shit all over that…

So, when I decided not to post, it wasn’t just the fear of being called a party pooper, but also the fact that it’s been one hell of a bumpy decade for me. There have been some highs, but there have also been a lot of lows, and some very lows. I mean if I had put my list up of the last decade…

Eugh! I guess this is why Christmas had been a bit up and down for me this year. I think at some level I’m coming to the end of a decade that has been more than a bit of a shit show for me and I know the repercussions of this decade are going to stay with me forever. Not just in terms of the impact on my health, but the child-shaped chasm I have in my life, that nothing seems to fill. That’s not to say that something won’t come along that leaves me fulfilled, but it won’t ever quite be the same as what I imagine being a parent would be like.

But, and here’s the big but, that’s not to say that you and I can’t find happiness again or notice the progress we’ve made. And it’s not as though the next decade has to mirror what has gone before it. I’m not going to sell you snake oil and pretend that my life is the ‘perfect’ Facebook life – I think I will always have ups and downs, because I think that’s the nature of childlessness. It’s a sliding door filled with ‘what ifs’, ‘maybe’s and 20/20 hindsight…It goes without saying, but if only I’d known at 25 that I wouldn’t be able to have a family unless I started early, I would’ve done x, y and z…

But, there can be hope for the next decade in terms of what we want to achieve outside of having a family. And, it’s taken me a while to realise this, but you can still be in grief and feel happy. You can find moments of joy in life, and it doesn’t have to be a treadmill of relentless sadness. You can start to enjoy the small things and start to dream again, even if it’s just dreaming of being able to find the perfect bottle of real ale, after a dry January, or spending less idle time scrolling through triggering social media.

For this reason, I’m tinkering with the focus of After the Storm. This year is going to be focusing on the feelings, the triggers and putting the focus back on us as individuals. Because we deserve a better decade than we’ve experienced, and that goes for those new to the childless community.

This month will start looking at the sliding door of ‘what ifs’ which usually accompany the feelings of powerlessness. So, watch this space if you’re done with the last decade and want to make this next one better in any or every way.