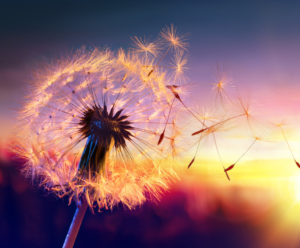 I don’t know about you but I find Christmas perhaps one of the toughest times of the year. It’s not just that the end of November marks the beginning of a collection of months with more shitty anniversaries than I care to remember, but I also think Christmas has to be one of the celebrations that is the least inclusive. I find myself feeling more of an outsider at this time of the year than any other.

I remember speaking to Stephanie Phillips from World Childless Week about something similar (and forgive me Steph I can’t recall the context) around Mother’s Day and that the original meaning of the celebration has been lost. It was originally to celebrate Mother Earth and not mothers in general. But somewhere along the line it got switched and is another day our community can dread (along with Father’s Day).

And I think Christmas could also have a similar finger of accusation pointed at it too, because there’s no denying that it has become very child-centric, all about gift giving and getting together with family. Which is not as inclusive as it sounds when you don’t have a ‘family’ in the traditional sense, or being around them is just plain bloody painful. But it wasn’t always like this and that shows in some of the traditions that have been passed down.

The Christmas tree was a Germanic tradition where people would take greenery indoors and Father Christmas has Pagan roots in spirits that used to fly across the Winter Sky (source : https://www.livescience.com/25779-christmas-traditions-history-paganism.html). Underlying the pre-Christmas tradition was a time for people to take a break in the shorter days, to bring some hope in the extending darkness and to basically celebrate the start of the lengthening days – welcoming back Summer and plentiful harvests. It’s often referred to as Yule (Juul, in Scandinavia) and brings together the community in a time of togetherness and celebration (source: https://www.timeanddate.com/calendar/december-solstice-customs.html).

I know it doesn’t change where we are now in terms of Christmas and what it represents to the masses, but it has helped me think about it in a slightly different way in terms of it being a marking of the Spring and Summer coming back. It’s also a celebration of the community at large and getting together to celebrate the end of the darker days. And I wonder whether that’s where we, as a community, can take some solace.

But above all, if I could have one wish for us all this festive period it would be for us all to learn the skill of being ‘responsibly selfish’. On Monday I explained a little of what this means, but here where I have the word count, let me explain a little more about what I mean. Keeping ourselves safe is so important when the whole of society can seem like one big trigger and social niceties sometimes dictate that we have to do ‘x, y and z’ for other people at times, when all we want to do is tell them to jog on. But being responsibly selfish for me is the basic principle of self-care.

At times I have struggled to explain self-care because it can mean so much to so many, but I saw a FB post from a group called ‘Wild Woman Sisterhood’ about self-care, what it is and what it isn’t as written by Author Brianna West. The key bit for me that really could have been directly addressed to our community was:

‘True self-care is not salt baths and chocolate cake, it’s making the choice to build a life you don’t need to regularly escape from…It often means looking your…disappointments square in the eye and re-strategising…it is letting go. It’s choosing new. It’s disappointing some people…it is living a way that other people won’t, so that you can live in a way that other people can’t…’

I mean is this woman talking to us as a community or what?! If ever there was a statement that summed up the choices we have to make on a daily basis, in terms of what we are or aren’t capable of dealing with in that moment, then this is fucking it isn’t it?

And the underlying sentiment beneath this for me is that we have to be responsibly selfish if we are going to help ourselves get through, not only the shit show that is Christmas, but also that we are able to get through the grief around our childlessness and form a life that works for us and that will mean making some decisions that might go down like a fart in a lift for those around us.

Because there are so many ways we can choose to help ourselves, when we are ready, but whatever it is, I want you to know that I’m here in your corner, cheering you on along with all our brothers and sisters who form part of this community. You just need to reach out to hear us.

So keep yourself safe this Christmas, New Year and beyond by embracing self-care and being responsibly selfish, because if you don’t do it for you, who will? I wish you all a peaceful and reflective Christmas this year. And I thank you for your support throughout 2019 and beyond xx