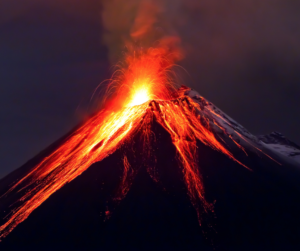 What’s so bad about anger? Why does it get such a bad rap?

There’s something about anger for me that means I count it as one of my closest allies. It’s protected me when I’ve needed it and it’s helped move me from numbness to feeling again. But as I look back now feeling the anger was a turning point for me. I went from feeling nothing to absolutely raging at my circumstances – and it didn’t come out as 100% Rambo.

God no! If anything it was a snotty, ugly-crying Bridget Jones, clutching a bottle of something alcoholic. As you’ll see my anger turned inward as depression on each occasion, because I simply didn’t know how to express it. Instead of me being able to let loose my fury, it got blocked. When I did start to feel again, it was a combination of being able to cry, but also give myself permission to rage when I needed to.

And that has stuck around if I’m honest. I still feel fucking fury over my circumstances and my imperfect health. I still feel limitless anger when I see other people getting what I want with apparent ease. So why shouldn’t I get fucking angry? And why should you have to hide it as well? Isn’t it normal to rage about finding ourselves in the club that no-one wants to be a member of?

So, let me indulge myself and focus here on how fucking angry I can get in terms of the childlessness and my feelings around the fact that I too have to be a member of this club. So, I’m going to let rip here and you are more than welcome to let rip too – go on! You have my permission to indulge in the anger.

When I think about my back story and I mean really reflect on it, it brings up a lot of shit for me. But, let’s start with the fact that countless ‘experts’ missed my Endometriosis symptoms and dismissed them as ‘normal for me’. This meant that from the start of my frankly odd symptoms as a 19 year old I was dismissed and made to feel like a hysterical teenager when I mentioned what was going on. Was I angry? Yeah a bit, but not quite as angry as I was when I was told at 38, almost two decades later, that I had stage four Endometriosis and I could kiss goodbye to my dreams for children. Did I show it? No, I melted away from his consulting room and sunk into depression.

Was I angry when I finally got pregnant after over three years of trying, only to lose it? Yes I fucking was. I was angry at my useless body and my inability to hold on to that one, precious pregnancy. I was angry that I had let that child down and I was also angry at the medical profession for the heartless way I (and countless others) was treated.

I was made to wait in a waiting room on a maternity ward so not content with making us run the gauntlet of pregnant women to get to the ward, I also saw countless new-borns being ferried about as I walked to that room. The room itself was full of pregnant women, one of whom was a teenager and was ‘gagging for a fag’ (cigarette for those outside the UK). I mean I had done everything right – I had looked after myself, I didn’t smoke, I had stopped drinking, I had followed the diets, I had taken the supplements and there I was waiting for a scan to tell me my baby had died, while others who did the exact opposite got to keep theirs.

I was angry at the way I was told and asked whether I would like to look at my dead child. What ignoramus asks that of a woman who has just been told that their child has died? Apparently a fully qualified mid-wife. I was raging at the way a ‘trainee’ was allowed to push that fucking scanner so high inside me that it was bashing the back of my teeth. There’s a time and a place for trainees, because everyone has to learn, but after a miscarriage is not it. Was I angry? Yes and I still fucking am. Did I show it at the time? No, I imploded into depression.

And then joy of all joys when I was diagnosed with Adenomyosis and informed that I would ultimately need a hysterectomy. Was I angry? You bet I bloody was. Did I show it? No, yet again I slipped into the numbing coma of depression. But this time (third time lucky you might say) there was a different quality to the depression. Yes, it was the deepest and the darkest because hope had officially died when I had to say goodbye to my womb, but this time the numbness didn’t stick around long, because I was beyond fucking raging. This time I wasn’t prepared to stay in the numbness long, I wanted to feel something, anything, even if it tipped me over the edge.

And for me, the difference in the experiences and the emotions was because I wanted people to know that I was angry. Angry with my shitty fucking circumstances, angry with my body letting me down for the umpteenth fucking time and angry that I had to sit and watch while other people got their happy ending with a family. I was done stuffing that toxic shit down – I needed to vent that shit. And that’s when After the Storm came into being – I was done hiding the anger and I was done pretending I was OK with the hand I’d been dealt. I wasn’t and I’m still not.

And so I make no fucking apologies for that or for the amount of fucks in this blog. I simply don’t have any more fucks to give in respect of other people’s sensitivities or their taking offence at my language. Because make no mistake I’m entitled to feel this fucking emotion and I’m entitled to fucking go off if I want to. And so are you, because doubtless your back story is just as difficult, just as upsetting and just as fucking downright awful as mine. So, not only are we heaving that around with us daily, we also have a lot of other shit to deal with on a daily basis – triggers, smug parenting, pro-natal entitlement, being invisible and no-one outside our wonderful community frankly giving a fuck. The list goes on and fucking on.

So who are we trying to ‘save’ when we bottle this up? Why are we so desperate to hide our anger? Truth be told, society and it’s conventions need a wakeup call. Mental health is suffering because we’ve been told we need to bottle emotions. It’s not ‘acceptable’ for people to show how they feel anymore, and what we’re really being told is that years of evolution has led us to this – mentally self-harming for fear of offending.

For the sake of my mental health, I’m no longer prepared to mentally self-harm by bottling this shit up, It’s there for a reason and needs to be vented. So, who’s with me? Who’s ready to let rip and tear the social conventions down? Who is ready to share their rage, even if it’s just with themselves?

That felt good I can tell you. If you want to feel the same, then vent that shit - even if it's screaming in the middle of a field or raging in a blog. Get that toxic crap out.