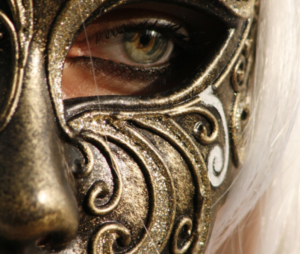 Why do we need the mask then, if it's such a bad thing?

This iceberg stuff has really brought home how exposed I feel when I let people behind my mask. That graphic is so personal to me, it was all of my emotions I listed and I relived all of them intensely, as I wrote them down and engaged with my own personal history. It was then that I realised that there was so much more to this than just my own bloody shit.

But in ‘owning’ my own emotions, I noticed how I recognised many of these underlying emotions in posts and from speaking to members of our community.  I recognised the hurt, the pain and the unfairness of it all, that chimed with me. It was after all the fact that many of my hidden emotions were starting to push to the surface, as a result of speaking to other members of the community on the podcast. I’ve lost count of the number of times I’ve been swallowing a lump the size of a beach ball as someone said something that engaged my own pain. So, I started to explore them again, rather than trying to keep them at bay.

As ever, the ones that were easiest for me to rattle off and name were the ‘tip of the iceberg’. Why? Because I recognise the emotions, or rather the language, that I find it easiest to wear as a mask that’s fit for human consumption. I know how I show up in public and use them to keep people away, but also to comfort friends and family around me, so that they don’t think or know I’m struggling. Again why? Because I have been the worst people pleaser in the past. My pain, my hurt was pushed to the side to accommodate others, despite it hurting me all the more…and now I’m thankful that I see this behaviour for what it is. Utter dog shit!

Now, before I get into this, I know I’m writing as a British person and despite me saying I’m direct, I can still come over all ‘British’, when it comes to emotions. What do I mean? I would say in my experience that it’s a rare thing for a Brit to have an emotional outburst in public. If someone starts shouting or crying out in public (and yes I’ve done it), it’s a rare thing and it’s generally accompanied by feelings of guilt and embarrassment…and sometimes a body-weight of alcohol. I can count on two hands the number of times I’ve lost it in public when it comes to crying (as an adult) and each time I’ve been absolutely mortified by the experience. Lots of apologising and blushing hideousness follows the snotting, loud crying and swearing.

However, that’s not to say we Brits have the monopoly on this. When I speak to my mates from overseas, who are part of this community, very few of them have been able to have the freedom to express themselves around their emotions and their childlessness. Now is that because we’re wearing masks to protect ourselves, or is it because we’re not ‘allowed’ to show these emotions? As Grampa Simpson would say ‘a little from column A and a little from column B’.

And I get that we need to wear a mask in order to protect ourselves, I really do, because if nothing else we need to be able to function on a day-to-day, hour-to-hour or even minute-to-minute basis. Because let’s face it, if we were to utterly unleash our emotions, it could be a bloody scary experience, not just for us, but those around us.

But, what I would say is when we do have the opportunity to unleash, it’s liberating. When we have the space to put the words together to talk about the things behind the mask, it’s utterly freeing. And I spoke about the mask before, in a previous blog post, it remains one of my favourites, because it was the first time I absolutely unleashed all my fury and anger about my childlessness. It was the first time I allowed the mask to drop and I gave myself permission to fucking blast. And, I discovered I wasn’t ‘fine’, ‘happy’ or ‘coping’. Oh no! I was bloody furious and heart broken.

Being part of polite society also means context is a huge thing. I don’t know about you but I can’t go into a business meeting with mascara running down my face mid-meltdown, nor can I start walloping the closest parent to me, just because they have what I want. Tempting though it is, at times when they’re being an insensitive arsehole, waxing lyrical about how they didn’t know love until they were a parent…*eye roll*.

But the thing is, when we aren’t able to come out from behind the mask, or dive beneath the surface to explore our iceberg of emotions about the shitty circumstances, then we are left with what’s on the surface. We’re reduced to the limits of our words and our repressed emotions. And that’s typically un-nuanced expressions that don’t convey anything. The beige expressions that say we’re ‘fine’, when asked how we are, because it’s simply too painful to say, ‘Thanks for asking, actually, I feel utterly destroyed by my childlessness. I’ve actually been having a loud, snotty cry in the toilets, because I’m struggling to cope’.

So, let me be clear here, there’s nothing wrong with having a mask and there’s been plenty of times it’s enabled me to get through something or protected me from real pain when I’m not able to show it. But the problem comes when we are reduced to just those bland words that prevent us from engaging with the real emotions beneath the surface. The ones that mean we don’t progress through our grief and become stuck, or allow us to lose our sense of ourselves, when we become the mask.

That’s when the tip of the iceberg, or the mask, becomes confining and restrictive, numbing us of the reality of our emotions. Allowing us to disconnect from people around us and planting impossible sheer sheets of ice to stop people getting close. It’s a horrible, lonely and scary place to be, and I know because I’ve been there.

So, get familiar with the tip of your own iceberg and the bland words that help you to protect you from your emotions, or distance you from other people, or both. If nothing else, it means you can find yourself behind the mask, just so you know that it is just one facet of what makes you, you.