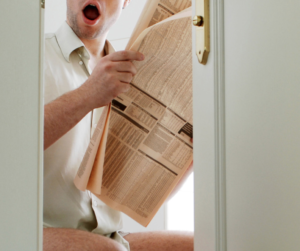 Relationships are tricky especially when you’re having to carry around your shit and everyone else’s shit.

One of the turning points for me after my hysterectomy was realising that I had become something of a (pardon the pun) dumping ground for other people’s shit. And I don’t mean they were purposely going out of their way to offload on me, but I was having to deal with a lot of ‘unsaids’ and a lot of politics that had nothing to do with me at all. But I was being put in the position of believing that this was all to do with me.

Now, I don’t know about you but I’m the centre of my little universe. Sound a bit up my own arse? It was intended to, but by that I mean I am the centre of my life and I’m the only one that knows what’s going on behind my eyes. I have my own little commentary about people, situations and relationships. When I open my mouth to speak, sometime I carefully self-edit, depending on the situation, but more often now I share my honest opinions in the language that is used inside my head. All effs and jeffs sometimes.

Part of the turning point was realising that I’m not and never will be the centre of anyone else’s universe. Sure, they can be in my life a long time – friends, family, other halves, but at the end of the day, only I will be there through it all and only I can understand what’s going on in my head. However, with this dawning realisation I noticed that I was able to spot what was my shit and what was the other person’s rather than trying to accept it all as my own.

So what do I mean by this? When you’re in an interaction or a relationship, you’re in it at that moment. You are interacting with them directly, but you also bring with you a whole load of baggage, which impacts on what you say and how you react and behave. So let me give you an example of a conversation I had with one of my old managers – I’ll call him Leonard.

Anyway Leonard was someone that friends knew from way back and he used to like a drink. It was totally unfair of them, but friends shared some of the shenanigans with me and it coloured my judgement of him. It also didn’t help that certain mannerisms and his physical appearance reminded me of a school bully and took me back to being bullied. This coupled with my general issues with men in authority and you have a whole shit storm right there, before we’ve even opened our yaps.

So, picture the scene, I’m having a laugh with a male friend and he doesn’t see me this way, as I was a very serious person in the office. He makes a joke about me ‘fancying’ my friend. And yes, I’m back at school again – deepest joy. Oh he got it both barrels. Really not my proudest moment, and not really Leonard’s fault. I just had too much shit on him and he reminded me of someone else. All my shit…not his at all. It totally coloured my judgement and was really unfair because Leonard didn’t know what my shit was.

I can’t remember where I saw this, but it was something like ‘what people think of you is none of your damn business’. Words to live by and words that mean I have been able to drop the people pleaser, because I can’t know or be able to work around other people’s shit. When I meet you, I don’t know your history and you don’t know mine. I don’t know what my face, my voice or my mannerisms bring up for you. And to be honest I don’t need to know, because that’s not something I can do anything about anyway. And besides, that’s your shit, not mine.

How do you learn this skill then I hear you cry? Self-awareness. You need to be able to spot when something is bringing something up for you – check in with your body – how do you feel physically? Feeling a knot in your stomach or butterflies? Could well be something for you then. If you don’t feel anything at all and perhaps you’re just a big flummoxed then that’s their shit and you can walk away knowing it’s not your problem.

Lightening the load though and being able to sift through what’s your shit and what’s theirs, means you can at last make room for the real you.