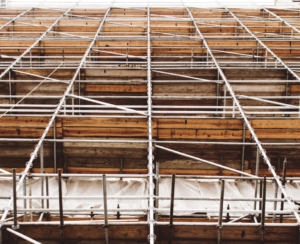 Sometimes the only person you can rely on is you.

For those of you that have been following me for a while, you’ll doubtless scratching your head at this title and thinking I’m doing some sort of political u-turn. Honestly, that isn’t what this post is about.

I’ve been thinking about this post for a long time, because no matter how many times I’ve come to write about it, it’s not felt genuine, so here goes because I’m going to be very honest in this one about how I’ve tried to climb out of the depression on countless occasions through my fertility journey. I know you won’t all relate to the fertility issues, but I hope that you’ll be able to understand the premise behind this post.

When I think about my miscarriage, it was a very dark place. I mean I’ve struggled with my mental health before this, but nothing really prepares you for when something goes catastrophically wrong in your life, even if you have experienced depression before.

The reason I know that I hit rock bottom at that time is because I have memory blanks. Memory blanks tell me that this was such a painful, traumatic experience that my brain hasn’t allowed me to remember everything that happened in order to protect me. But it also tells me that when something happens that is that painful, it’s not living as such, it’s survival.

At that time I just needed to keep breathing, sleeping and eating, interspersed with intense moments of tears, anger, frustration and despair. It was like releasing a valve, because strangely I lost the ability to really talk. Most of this time was spent in silence, because the only release was the silent tears. I have snapshots, like photographs of these moments, nothing more. I do know that when I connect with the emotions, especially the snapshot of the scan when I was told the baby had died, it still to this day fucking hurts. But that’s all I have. I’m sorry to say I still just don’t have the words to fully express the visceral quality to my pain any further.

Fast forward to March 2014 and being informed that I wouldn’t be able to have children, I went back to that place again. This time I have a memory of the 10 minute consultation in a series of snapshots. When I go back to that place I relive and feel the intense pain as a knot in my chest and my eyes sting painfully. It’s physically hard to breathe.

But when I look back my coping mechanisms were very different. I mean I cried a lot, I walked out in the sticks a lot, so I could release the anger in loud, wailing screams that no-one else could hear, and I tried not to shut down because I knew I couldn’t carry this burden on my own. This meant seeing a counsellor, allowing me to sit in my emotions and find the words I needed – although there were sessions where I sat in complete and utter silence. It also meant informing some people that I wouldn’t be able to have children. But still I didn’t tell my family, because I didn’t think I would have to come back to this place and I could sweep it under the carpet.

So, let’s now fast forward to November 2017 when I have my hysterectomy and bloody hell, hello rock bottom yet again. There were yet more lessons from being in this bloody shitty place again in order to be able to bounce back again because a prolonged stay wasn’t what I wanted. I know it’s been a lot more recent, but I have no blanks in my memory from that time.

I acutely remember how I felt so low that I felt worthless. I remember the black mood that descended at Christmas and stayed with me until April. It was the blackest and most bleak I have ever felt. This wasn’t the pain that I felt with the miscarriage or being informed of my infertility, it was different. It was a feeling of worthlessness and being directionless that I hadn’t felt before. Perhaps it was because I wasn’t in survival mode on this occasion, perhaps it was because I was dealing with it differently and engaging with the emotions more.  I don’t know, but it definitely had a different quality.

I went back to counselling (in fact I had counselling before the op, because a hysterectomy is a bloody terrifying thing to have to contemplate) and I sought medical assistance even though ultimately I took herbal supplements. This wouldn’t have been something I would have done on the previous occasions. I told everyone that I wasn’t able to have children. I told everyone the back story without shame and embarrassment. I learned to cry in front of people and show my vulnerability. I used walking to get me back to running because I wanted to have goals. I made sure I was eating properly and I was connecting with people. I went back to journaling in a big way, to help me log what I felt – no matter how bloody evil and toxic it was.

And all this meant I was able to move on far quicker. Now that doesn’t mean I’m out of the grief woods, because I know I’m not. Too many triggers, too many things that can cause me to have to pause to catch my breath when something has body slammed me. And there are still tears, anger and pain I have for my back story. But I know that I didn’t have to go into survival mode on that last occasion and I was better able to take care of myself. That was the difference, because I started to be able to say what my needs were and to implement boundaries. These simple actions meant I was able to tell people what I needed and to stick to my guns. It gave me room for self-care, something I had never bothered with before, believing it to be selfish.

That’s not to say I’ve learned it all, I haven’t, but I can see as I look back that I’ve identified what I need in order to be able to fill up my own cup to support myself. That does include other people, but knowing what I need and what I must have in order to be able to make myself feel good (or even good enough) has helped me bounce back. And there’s nothing selfish about that because it means I’m able to help others without depleting myself and welcoming back rock bottom.

So, if I was to ask you what you need to lift yourself up and to start feeling like you again, what would it be? What would be the things that you need to implement to be you or embrace the new you?