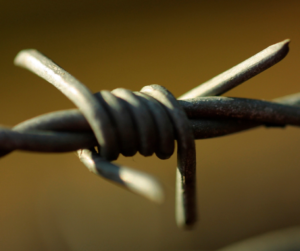 ‘Train your brain to see the good in every situation’. Erm…no, sorry I’m not a Buddhist monk and I live in the real world.

I saw this quote on Google the other day as I trawled through some quotes to share with you all, but even this inane clap-trap had me reaching for the stress ball and cushions to thump. I mean, honestly what a load of old bollocks!

For those that have been following me for a while, you’ll know that I’m a qualified life coach, but I’m not one for happy-clappy-always-be-positive-at-all-costs nonsense. For me it’s all about balance and that means having to deal with the dark as well as the light (or the shadow as well as the light, as any Jungian would tell you). But even as someone that works within coaching, I can fall into the negativity mind trap and limiting beliefs sometimes.

I became painfully aware of it a few weeks ago when I noticed some of my thinking around some people in my life. I found myself projecting a lot of negativity on to them, and yet I’ve not seen them to speak to for quite some time. I thought to myself, ‘what is it that means I keep revisiting things in my brain that have left me feeling less than brilliant about interactions with them?’.

And then out of the blue we had a conversation at college (I’m studying to be a counsellor) about how we can sometimes react to people because they bring something up in us. And I’m not necessarily talking about them reminding us of someone from our past. That can often be the case, but sometimes it can be something about our own limiting beliefs that affects us and we project them on to others, often without even realising it.

Here I was replaying conversations and events in my head that had happened a good couple of years ago and they were still impacting on me now. Chances are too that the people involved in the interactions won’t remember what happened and may not even remember events unfolding the way I do. So, what is it about the interactions that mean I’m lumbered with playing the same shitty circumstances over and over in my head? Having ruminated on this for a while, I had a light bulb moment, the events made me feel shitty because *drum roll*, they played into my not feeling good enough. My deeply engrained limiting belief – eugh! When will it just piss off?

At the time of the events I was still struggling with my depression and my childlessness. My internal mantra was ‘I’m not good enough, I’m not good enough, I’m not…’ – set on repeat and at a very loud volume. I mean I had all the evidence to prove my brain right, right there in front of me. So, the situation and these people came along at the wrong time for me and the interaction played into this mantra. Not only did I have my negative internal dialogue turned up to maximum, I had no boundaries and so they trampled all over my invisible lines in the sand and I wasn’t able to tell them why I was so pissed off with them or what I needed to right the situation.

And, this situation has stayed with me – the feelings of worthlessness, the perception of people taking the piss and for being made to feel like I didn’t have anywhere safe to be alone. And so for all of this time I’ve carried this negativity around with me. It wasn’t until I’ve started to feel better and know that I am good enough that I was able to assess the situation pragmatically and without all the emotions that clouded everything to the point that I couldn’t see what was real and what was my filter.

Now, I’m not saying that the situations were dealt with perfectly by either side. They really weren’t and I know that all the people involved walked away feeling yuck! But for me, it’s about acknowledging my parts in them and realising that sometimes we need to identify what it is about someone or a group of people that triggers us. They don’t even need to have said or done anything to us – I used to get incredibly paranoid when people laughed around me, because it took me back to being bullied and…you guessed it, not feeling good enough.

So, while I have a heathy dose of cynicism about the ‘super positive’ people out there who can view everything as a blessing and can smile through adversity, I am starting to appreciate and understand that my own internal negative internal monologue can definitely colour memories and events in a way that’s very unhelpful. And, worst of all, it can hold you back from developing and taking chances.

If you think about it now, what’s your unhelpful mantra and how has it impacted on your life? What would be different if you were to address it?