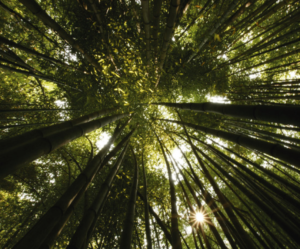 ‘Hey fella! Leave them trees alone’. (Think Pink Floyd ‘another brick in the wall’). One woman’s crusade to stop tree botherers. Definitely a title for my autobiography.

Resilience is something of an overused word at the moment in coaching and counselling I think. Yes, it has its place, but like all overused words, it starts to come in for some stick and lose its meaning. For me I prefer the word ‘bouncebackability’, which I remember first being coined on ‘Soccer AM’, many moons ago. And for those that have no idea what this show is – it’s a show dedicated to football, and while past its prime, in its heyday it was a must watch for me, my partner and friends.

For me, bouncebackability says more about what’s needed to come back from adversity, rather than saying that someone needs more resilience. I mean you only need to picture a rubber ball to know what I’m on about, rather than reaching for your dictionary or just nodding and pretending you have the first clue what resilience really means. And for the curious amongst you, it basically means coming back from trauma, adversity, change etc…I think we collectively tick all of those boxes don’t we!

But what got me thinking about this in the first place was trees. I love trees and the reason I love where I live is because there are a fair number around us, including at the bottom of the garden. It’s something about them that says to me age, wisdom and strength. Anyway, my neighbour had a tree surgeon over the other week to, as he euphemistically put it, ‘tidy up’. However, what I witnessed was the absolute butchering of a tree, that had already been hacked back very heavy-handedly, a couple of years ago. And I was pissed off, when I saw it happening again. But, before you think I’ve been a bit too emotional over this tree, let me give you some back story.

When we moved into this house the trees at the back were glorious. They housed a lot of birds and at one point an albino squirrel (an incredibly rare phenomenon). While I was trying to bounce-back from all the tests I had done post miscarriage and after being informed that I wouldn’t be able to have children, I used to sit on the back step and just watch all of the animals going to and fro from the feeders to that tree. And I used to love the way the sun set between the branches. It hid the rooves of other houses and cushioned noise from footballs. In short, it helped me stop the brain chatter, while I was struggling with things.

But then a couple of years ago, the tree and the one beside it were brutally chopped back, and I mean brutal – not a single solitary branch was left. Nothing. It, and its partner, were left as two tall stumps. I was saddened and thought that it would be the death of the tree. But to my delight the tree started to sprout with some small branches and then it started to flourish again – looking different but just as beautiful. A wonderful middle digit of a gesture to the owner of the garden and the tree botherer that had hacked it down. Unfortunately, its partner and neighbouring tree never recovered.

Now, I know when I draw parallels with our experiences of childlessness, some of you will be rolling your eyes, but bear with me on this one, because while we’re not trees, someone from outside our community could simply draw similar parallels, by looking at the fact we’re all without the family we wanted. They won’t know the differing back story, or the circumstances and they won’t appreciate the different personalities involved. All they will see is the outcome.

But, as we all know, it’s not that simple. We all have our own back stories and personalities, but we have all come through something so profoundly life changing, while having to quietly suffer. And that’s because we all represent something of a taboo. Yes, people are starting to talk about it, but if you’re anything like me while I was going along the rock bottom of the whole bloody thing, I didn’t really want to share. This was my own personal shame and nobody else knew what it was like.

Time has moved on though and I now find myself bouncing back. I’m not the same person as I was before all of this happened, and I only have to think about friends’ comments of late about how I now seem more confident, more relaxed, more focused and more aware of what I’m about, to know that I have changed irrevocably. I am the same on the outside, but changed on the inside and that shines through in my thoughts, feelings and behaviour. And for me this sums up what bouncebackability is about when all is said and done.

Because, it’s more than a catchy word and a slogan. It represents something that’s so valuable when you face a trauma in life, such as being childless-not-by-choice. Unfortunately, not everyone is able to bounce back from trauma and you only have to look at data on the Samaritans website around suicide to see that. There are some deeply troubling and scary stats, including that men are three times more likely to take their own life than women. And who knows what the numbers would be like for our community alone – horrifying I would imagine.

That’s why bouncebackability really is so important. Because life has dealt us all a shitty hand, but that doesn’t mean that the towel should be tossed in or that life isn’t worth living. It is and we can find our alternative lives even if it wasn’t what we had planned. So, we all need to channel the tree that made it and which will hopefully once more defy the tree botherers and the owner of that garden to start thriving again. Giving another glorious middle digit to the circumstances that have laid it low.

Because I absolutely believe that we can all bounce-back from this - we just need to give life the middle digit and believe that we deserve better than staying at rock bottom.