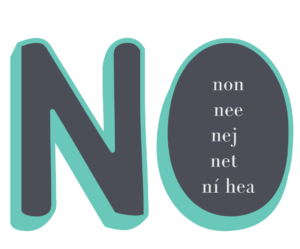 It wasn’t that long ago that yours truly was in the midst of an utterly exhausting period of my life where I thought, or rather I believed, that if I was a nice person and helped other people I would be rewarded with the children that I wanted. Honestly, I cringe just writing this.

Now, it might sound more than a little bonkers that I thought this would work, but what you have to bear in mind was that I was only too willing to try anything to get what I wanted. And I’m not just talking the obvious stuff, as I shall come on to, but I’m also talking about my karmic bank account. I wanted that bleeder heavily in credit. In other words I was fucking desperate and was prepared to scrape the very crusty bottom of the barrel to try and be a mum.

And so I did everything right. Not only did I eat the gluten-free diet, I cut back on my alcohol and I even tried a sugar free diet too (the taste buds fire on all cylinders, so everything is a taste sensation but it absolutely knackers your tolerance to booze). And here we move to the karmic bank account I referred to. I was nice to people that didn’t deserve my time. I gave money to charity – lots of different charities, but I never talked about it, because that’s not why nice people give to charity. I was never rude to people’s faces – I internalised that shit and probably narrowly missed developing an ulcer. I never expressed an opinion and I never used bad language except with friends…in short I became a beige person. Instantly forgettable and no-one was able to became close to because they didn’t get to know the real me. In fact I didn’t know who the real me was either.

That’s right, I was at the height of my addiction to people pleasing. But that all changed after I was told I couldn’t have children. Yes, it took a while for the reality to kick in and I still spent time trying to please people, I had no business even interacting with. But that was because I still held out a small degree of hope that I would be a mum. That all pissed off as soon as I started to recover mentally and physically from the hysterectomy…as did my use of my favourite words – fuck and all its colourful variants, along with another punchy little word ‘no’.

When I think about all of the ways I’ve tried to avoid saying this little word, I think you’d be impressed with my level of invention given that I’m pretty hopeless at telling fibs (I always forget to cover my tracks…). It included at the eleventh hour feigning illness to back out of things I’d said yes to when I shouldn’t have done. I would also say I’d forgotten about it, and to be fair I usually had, but that was only because I had wanted to forget.

It also included turning up to things that I didn’t want to be at, getting hideously drunk, making people laugh with my rude remarks and sarky comments… and then having massive amounts of ‘the fear’ the next day (‘the fear’ is where you forget what you did/said and then get stills in your mind showing some inappropriateness you’d want to forget, because I wasn’t like that really…honestly…well actually I was).

But then as time moved on and the dawning realisation that no matter what I did I wouldn’t be able to have the children I wanted, I stopped pretending. That’s right, I started to morph into the version of me that I was always meant to be, but for the delusional thinking.

I stopped pretending that my mental health was OK and admitted to everyone I cared about that actually I was struggling with depression because I can’t have children and that was why I couldn’t go out that night, even though I’d said yes. I let people down, including friends on their landmark birthdays, but I always explained why…and they understood.

It was a no, but it was a no with a reason. And I felt relieved about it too. I no longer had to pretend that I was someone that loved being in crowds of people or meeting lots of new people all in one go (that shit still overloads me). I could just ‘be’ until I was ready to come back into the fold.

I got good at saying no, including just point blank refusals when it came to people asking me to do things that I felt unreasonable. This included not having someone stay at my house that was pregnant and making it clear that they wouldn’t be able to come to my home without notice or prior agreement. It sounds high maintenance, and I guess in a way it is, but it’s also all about protecting me and my fragility around my triggers.

I can appreciate to some that it may not sound like much, but to me this was massive, because in the past I have said yes to things that have caused me pain and hardship, due to others’ expectations rather than what I needed at the time. And that’s the thing to remember, you aren’t saying ‘no’ to be a pain in the arse, or to be difficult or rude or a bitch or for the sake of it…or all of the other reasons that might get thrown at you (because not everyone is going to like your new ability to say no). Underlying the whole boundary thing is the need for self-protection and a need to be able to mend in your own time and your own way without people, intentionally or otherwise, causing you pain.

And if you remember nothing else from this blog…if they have a problem, that’s their shit not yours. You can only do your best for you.