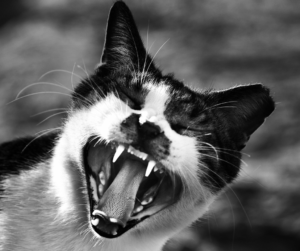 Last weekend we went to see some good friends that we’ve known for many years. They’re the sort of friends that you only see a handful of times a year, but they’ve been with you for a huge chunk of your life. And so this means you get to see each other’s journeys, key achievements, highs and lows. It also means that you watch each other change and develop as time goes by.

And so last weekend, after a few beverages, one of my friends mentioned to me how much I had changed. How I had become more self-assured, more focused and more direct in what I’m about. I was touched by this and gratified that people are noticing, but it started me thinking (after all I am a thinker…), about perceptions of what I’m like now. Yes, some people will be like my friend and will be generous with their praise in terms of who I am now and how I come across. But, I do wonder whether everyone in my life feels that way?

I mean it’s a delicate balance that we tread when we start to make changes to ourselves. Often it comes from having been pushed into the corner with something, and all of the old ways of problem solving have been tried and haven’t worked for us. So there is no choice but to change, unless we want to end up going in circles…

For me though, this change hasn’t been straightforward. I mean my people pleasing wasn’t an overnight creation, it represented years and years of practice and adapting around circumstances and other people. What worked best for making me invisible and what meant I didn’t upset anyone. In other words, I mastered how to become invisible and instantly forgettable. And why was this?

My childhood years were marred by school bullying that had a massive impact on my self-esteem. I tried to blend into the background and not to be noticed. I don’t remember being particularly assertive back then, if anything at school I was ridiculously quiet to try and hide. All of this made significantly worse by blushing. It didn’t take much – a teacher speaking to me, being asked to speak up because I mumbled or even having someone of the opposite sex speak to me (it didn’t even matter if I fancied them), it would cause me to go bright red in the face and the ears.

Fast forward to my last teen years and a different version of me manifested. I wore the metal head uniform, I was gobby, I provided opinions whether they were wanted or not and, to my shame, I wasn’t above provoking people into arguments, especially after quite a lot of booze. How I didn’t get my face filled is anyone’s guess.

I can’t recall what the catalyst was, but by my twenties I had calmed down and the aggression was spent. Perhaps it was meeting my other half, perhaps it was getting a job (although my issues with authority do remain). Whatever it was, the problems with my self-esteem reared up again and so started the people pleaser, who stuck around for a very, very long time. That was until my childlessness came along and then I had to reassess again, because putting it bluntly I was no longer happy compromising – my bargaining had failed. My niceness hadn’t got me the family I had wanted.

And now, now I want to make sure that the pendulum doesn’t veer too much back into aggression. I mean, looking back I love my rock chick persona. I wore it well, but there’s no denying it was a very, very good metal bodysuit. No-one got close and so I didn’t get hurt. I think I now have more of her about me in terms of my willingness to speak up, hold my ground and claim my boundaries back. I’m not quite so worried about offending people anymore, because I know what’s my shit and what’s theirs, but I do know that not everyone loves, or is going to love, this me. But that suits me down to the ground.

So, what makes me so sure that I have hit upon the sweet spot of assertiveness rather than aggression and what stops me crossing that line? I guess there are a couple of things here for me really that mean I don’t have to be that arse-y teenager to get what I need. I’m able to say what I need now that I’ve worked on identifying those needs and labelling the emotions.

I don’t need to scream and shout to get my boundaries established and maintained. I am able to calmly put my case and state why I can or can’t do something without having to throw a huge hissy-fit. It might not always be the case that someone can abide by my wishes, but hopefully if both people can understand what’s going on the temper can remain in check…for now.

I think it also comes down to knowing yourself better as a forty-something rather than a teenager. Don’t get me wrong though, the hormones in your 40s as a female can be just as bloody confusing as when you’re a teenager. Combined with the fact that no-one talks about MENOPAUSE, it can mean that you’re one sweaty, emotional and anxious mess. But with age comes insight and I think as a teenager the need to control can be all encompassing, whereas an infertile forty-something has learned a lot about the illusion of control.

As an older person you’re able to spot what’s your shit and what’s theirs. You’re able to tell people to jog on without shouting in faces and most of all your discerning enough to know who is your type of people and who aren’t. You can go looking for the people you chime with and avoid or remove those that don’t. That’s not to say that you won’t ever get angry or lose your shit over something, but I think it just takes a lot more for you to get there, when you’re able to speak up.

And there's nothing wrong with the occasional loss of temper, but more often than not assertiveness will do more good than harm.