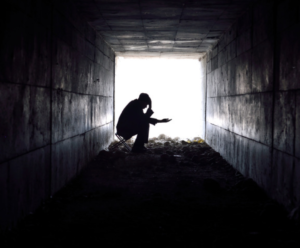 Men grieve. You may not see it, but we have the same emotions albeit it can be a lot more complicated

When Sarah asked me to write this, I was nervous. I mean I’m a bloke and I don’t really want to talk about emotions or all that complicated ‘feeling’ stuff. What if my mates see this? Could I get away with writing it under a pseudonym? No, not really because it’ll be obvious it’s me…It’s a bloody minefield.

I’ll be honest I don’t really think about Father’s Day beyond getting a card and sorting something to do with my own Dad. I know for some it’s really tough, but it just doesn’t normally feature on my radar. I can pretty much go about my life as usual. And while for some this is a hard time of year, I guess for me it’s not until I’m faced with the reality of not being a dad that it comes into my mind.

I think in some respects, the whole fatherhood thing wasn’t ever something I felt too involved in because it never actually happened. It was Sarah that was more invested and Sarah that ultimately had all the issues. So, when I think back to that time I only wanted to be strong for her. I kept saying to her that I would feel alright once she was better.

It was hard to watch and see my wife struggling with something she wanted so badly and couldn’t have. I don’t think as a man, anything can prepare you for seeing your other half so battered and broken by an experience. Not just mentally either, physically too – she has the scars of a lot of procedures and operations. And there’s no doubt that she has changed. I’ve never seen her so determined and willing to sacrifice so much when it comes to her new goals and dreams about turning something so negative into something positive.

But when I think about me in this picture, I just wanted to be strong for her. I think it was something of a relief when I got to go to work to be able to feel normal. I struggled being at home with someone that was so sad all of the time. I know that she still struggles with being around pregnant women and children. And I totally understand that. This was brought into focus for me recently when I visited my sister who has just had my nephew. It’s at times like this that the reality of not being (or ever being) a dad really hits home.

I’m pleased for my sister. She’s had a tough time in the last year or so and I’m delighted to see things work out and for her to be so happy. The last thing I want to do is spoil anyone else’s joyful times – something I do have to remind myself every time someone tells me they’re expecting a child or how wonderful and life-affirming it is to be a parent etc. But this was also one of those times that really set my mind racing about what could have been and the disappointment that it didn’t really registered.

I think I’m normally quite good at focussing on what’s in front of me now rather than dwelling on what might have been. I know Sarah feels that disappointment much more keenly and more often than I do and it’s probably a good thing to walk in her shoes now and again. But I think it goes to show that this whole childless thing does follow you around and it’s very difficult to ever completely “move on”.

I guess like a typical bloke I’ve become very good at hiding my feelings and talking about them, that’s just not going to happen. But it doesn’t mean I don’t feel the emotions that I know Sarah has experienced and been able to show. Just like so many other men, I’m just not made that way nor have I been raised that way. It’s just not something we do usually.

But for those of you that are struggling out there in silence, either on Father’s Day, or any other day of the year for that matter, I want you to know that there is support out there. Slowly and surely men are starting to speak out more and I know Sarah is keen to showcase some of this on Father’s Day. She’ll be sharing resources for us and our partners to help get the support we all need.

Because ‘no man is an island’ and I think as blokes we need to start talking about this stuff so that we can get the support me need.