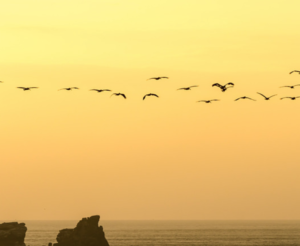 Do you struggle to look in the mirror and believe you’re good enough? You’re not alone.

Last week, I was speaking about being ‘good enough’ and I asked people to reflect on whether they believed they were good enough and what they are good enough at. It might have felt a bit weird for some of you and I know that this time last year, I wouldn’t have been able to tell you what I was good enough at, let alone list any skills I felt I had.

But while I grew and developed after school, becoming a metal head and then meeting a bunch of friends that I still know and love to this day, that mantra never left me. It kept whispering in my ear ‘you’re not good enough, you know’. I then got my first job in London and worked my arse off and still that voice kept telling me ‘nope, you’re still not good enough’. I then moved to a not-for-profit employer that I really, really wanted to work for and got the job. I was over the moon, but still that little fucker kept playing that record ‘Ooooo, got the job, but still got to prove you’re good enough though’.

You’d be forgiven for thinking I’d sink into a mire and never make it back. It’s not easy to be honest, but it took a lot of self-review and working out what I liked about me. It was hard, and you may remember me saying that the first time I looked into my own eyes and said ‘I love you’, I knew it was bull shit and it reduced me to tears, because, well if you don’t love yourself, who will?

But that was good enough as a first step. Good enough to start to pick myself up, dust myself off and start to become the new me after this devastating news about not being able to be a mum. Something that I had been working for since I was 30 and that felt like a total waste of time, effort and money (I lost count of how much I spent on ovulation kits, pregnancy tests, books…you name it), all to chase a Holy Grail that was never mine to have.

I realised I’m a good enough person to be friendly and like being around people. Contrary to what I had believed I don’t like constantly being on my own. I’m good enough company to be able to make people laugh and to hold a conversation…even though as an introvert who finds I enjoy being around people, I’ll need some time to recharge the batteries. But that’s good enough.

And I understand that it can be difficult to repurpose the drive for children into something else when your whole focus and reason for being has been to become a parent. But it can be done. It takes patience, self-care and a huge dose of love for yourself. And it starts small with you looking at what you’re good enough at. A good hard look at what skills you have that are good enough to get you through this shit fest and that might start small, but that’s a good enough start.

So, it's worth taking a look at what you're good enough at, because the plain and simple truth is not everyone could go through what we've been through and still be here to be good enough