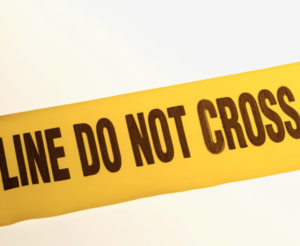 Crossing the line from polite society into your own grief, takes a level of bravery that some don’t appreciate

It can’t just be me that thinks this month’s topic has been a tough one. Whew! It’s been full on, as I’ve raked over my own grief and grieving process, with some pretty raw results. But, in any event, you’d be forgiven for thinking that I had grieved all my grief and was ready to embrace my new childless life. I mean surely if I can speak about it in this way, I must be done..? Nooooo! Nope! Absolutely not!

And this was brought into sharp relief with the announcement of a pregnancy from a member of my extended family a few months ago. I know the acceptable response is to say that you’re happy for that person and to show them how happy you are. While the logical part of my brain wants to be able to do that, the emotions won’t let me. I just can’t bring myself to trot out the line or the sentiments, because the simple fact of the matter is I’m not able to say how happy I am for yet another person to be getting what I want, when I can’t have it. There, I’ve said it – the cat’s out the bag.

Let me be clear though before you all think that I’m a heartless bitch. If I were to dig down deep, I might be able to say that I’m happy for them, but I’d have to dig a long way past my own feelings before I can admit that. And those feelings have a lot to do with my own grief and how I feel about not being able to be a mum.

I spoke last week about all of the emotions that come out when you grieve, and these form a complicated reaction to someone else’s good news when it comes to them getting a family. And because they take up so much of me at the moment, I would have to shelve a lot of who I am as a person, which just feels wrong for me to do, having worked so hard to start to shelve the ol’ people-pleaser in me.

And reflecting on it, it’s no coincidence that in ditching that side of me, I find my boundaries are playing into this a lot. These are different to the mask I describe, which is pretending to be OK with everything. Boundaries mean that we are able to say ‘no’ to things but it takes practice and being consistent, as well as accepting being responsibly selfish.

This means it’s a question of putting our own needs at the head of the queue and not denying the pain that a particular situation can cause. There’s absolutely nothing wrong with admitting that something simply is beyond our capabilities at that point or that we don’t know when we can cope with that issue.

Take for example, my specific triggers that play into my boundaries. These presently mean that I’m not able to inhabit the same space as this person as they are pregnant. I cannot be around any pregnant woman…or watch them on telly (Don’t get me started on Meghan Merkle eugh!). I’m also not able to be around children – babies, toddlers…you name it, it’s just too bloody painful to be around them, unless it’s on my own terms. So this also means that I won’t be able to be around them or the child when it arrives for quite some time afterwards until I can get my head around my emotions and that takes time and space.

I would imagine that this would make for hard reading for them to see this in black and white, but boundaries are so important when it comes to being able to handle your own grief and grieving process. And I’ve said this before I’m only responsible for my thoughts, actions, behaviour. I can’t do anything about anyone else’s reactions to me, my thoughts or behaviour. This realisation has been liberating for me, because there would have been a time I would’ve put myself through so much pain to please people, but no more.

Let’s face it, it can be hard to show your real feelings to someone when they see it as terrific news, but from your point of view it feels like a swift kick in the privates. And social niceties having been programmed into us since year dot, make it difficult to fly in the face of that conditioning. Added to the fact people not affected by this issue will just see this as sour grapes, bitterness or jealousy. And yep, it is! I’m willing to own those emotions as well as the more positive ones. I’m not going to deny it, as I feel entitled to have those feelings to be honest.

So when you think about your own circumstances, are you ready to ditch the mask and pretending that you can cope with things that you simply aren’t ready to? Are you feeling as though the time is ripe for you to be able to say no to things so that you don’t have to plaster that rictus smile on and then have a meltdown in a safe space?

If the answer is yes, then it’s time to take steps to empower yourself and for you to stop pretending everything is all peachy or tickity-boo.