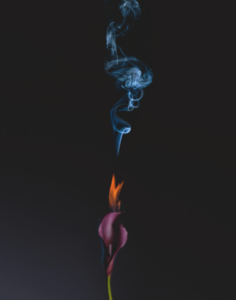 This week we’re talking about the emotions of grief and on Monday we ran through my own experiences and talked about the ‘normal’ emotions you can feel or not feel if you’re trying to distance yourself from feeling. And so in this blog, I’m going to talk about all the things I find difficult to say in a video…

You might question why I’m talking about suppressing grief, when last week I spoke openly about my own grieving process and what it had looked like. But for the Eagle-eyed among you, you’ll have spotted the admission that I had been holding on to hopes of a miracle child, despite the reality of my health until my hysterectomy burst that little bubble.

Yes, that’s right that little bit of denial essentially stopped me progressing through my grief and it wasn’t until the hysterectomy that I had to admit to myself that I had absolutely no chance of having the child or children I had wanted.

So, when I read what William Worden said about complicated grief in his book ‘Grief counselling and grief therapy’, I knew that was me. He refers to people’s inability to grieve as ‘complicated mourning’ (that’s putting it mildly). He refers to a few different circumstances around why this can happen, including where the ‘loss is uncertain’, although in his example he refers to someone that has disappeared (a soldier who hasn’t been seen). But, am I the only one that sees shades of the CNBC experience in this? I mean we all thought we were going to have a family and had planned a life around this and then either through a slow dawning realisation or a sudden cataclysmic event, ‘pfft’ it’s all gone!

Or is it? Do we all continue to dream that we might magically have the family we wanted, despite our reality? I mean isn’t that the usual shit that many popular magazines peddle? The banal sentiment of ‘Don’t give up, there are so many miracle children happening…’. Bollocks! If they opened their eyes and minds to the reality they would find many of us that never had that chance of the miracle child. And for me, the painful reality was that I bought into this nonsense, in the vain hope that I too would get lucky, despite the reality of the situation.

I mean all it did was basically halt my progress. I dipped my toe in the grief pool, but I remained stubbornly locked in denial, not able to look the reality in the eye because it was too painful. So, yeah, I felt sad, frustrated and angry, but I didn’t really accept the emotions because I still had hope and so it all got suppressed in a vain attempt to avoid the reality of my situation.

It’s that little bastard of a word called ‘hope’. Thinking about hope takes me back to the relentless cycle of hoping this would be the month, for Mother Nature to cruelly rip away the rug of hope once a month to be replaced by despair. But, hope kept me locked in denial and trying not to experience it fully before the hysterectomy. It meant that while I cried and I said to people that I was unable to have children, I never truly accepted it until my womb was taken. And it was only me that really understood why I wasn’t able to engage with the process before this.

It wasn’t until my womb was removed that I realised I’d been sat on a smouldering pile of emotions that had on occasions leaked out at inopportune moments, but mostly I locked them down and went for counselling to keep it under some sense of control. I distinctly remember one session where I turned up, didn’t speak for the whole session and just sobbed. Contrary to what the counsellor believed, I wasn’t engaged with the grief, I was just releasing the valve of the emotions enough to function out in the world, but I wasn’t processing as I have done since.

But, then the dam broke after my hysterectomy and I finally had to fully immerse myself in the emotions that had been allowed to smoulder for so long. I let them all go and it was bloody hard. I cried, I raged, I screamed about the unfairness of it all. I was angry, I was confused, I was fucking hurting and I didn’t know how to deal with the intensity of the pain.

Some days though, I was able to pretend and smile through the pain. I could be around people and pretend that I felt OK about things. I laughed at jokes, I told jokes and I laughed along. But, it was temporary and I’d have to pick up the grief again.  So I was back to the days when I felt so low I couldn’t shower or get out of bed. I couldn’t put into words what was going on. I vacillated between extreme pain to numbness. I would guess there is some self-preservation going on there, but underlying it all was a very hurt, very disappointed little girl. Because that’s how I felt, I felt reduced and inconsequential. I felt as though I couldn’t be seen as a real woman, because I couldn’t have children.

It was hard to keep going and it was a very hard place to come back from once I let the grief in. I can’t help feeling it was because I’d held it off for so long – I basically had the grief of the hysterectomy balled together with the grief I had been holding off for over 5 years. It felt utterly overwhelming, but I’ve worked hard to process and deal with it, rather than avoid it all. It’s not been easy, grief never is, but it can and must be done in order to be able to move through it.

So, as you can imagine, I wouldn’t for one minute recommend you do what I did and withhold your grief. But, I’m hoping by being honest with my grieving process (or lack thereof), you’ll be able to see that you only hurt you, when you try and avoid it. And look, it wouldn’t be right for me to say what is ‘right’ and ‘wrong’ for you and your process, but why hurt yourself that way? And the harsh truth is, no-one else can do this work for you, unfortunately. You don’t get to pack grief off to a friend in the country to look after and work through for you.

And it’s fucking hard work when you do finally allow yourself to properly feel the emotions and pick apart the shit storm that you’ve tried to suppress behind the mask. But it’s work worth doing, because it allows you to acknowledge your losses and to work through them all. It helps you to start to process and begin to move on, because you won’t be the same person as you go through the process and eventually come out the other end…you’ll continue to change and become aware of who you really are – speaking as someone that knows.

Try not to follow my example, such as it is, because I’d tried for so long to be brave, by not being brave and ignoring my stuff.