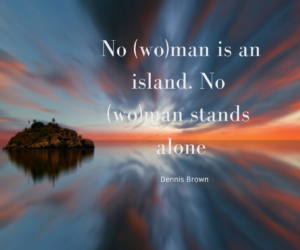 In order to start making change, old habits have to be ditched. Easier said than done sometimes...

Many moons ago, when I was younger I used to incessantly chew my nails. It was a dirty habit, but it didn’t matter how many scare stories I heard about it, I still liked to gnaw on my nails. Even the story about how someone knew a friend of a friend that had developed an infection in her fingers and needed a doctor to stick a sterilised needle under her nail didn’t stop me, despite my fear of needles.

So, what stopped me eventually chewing my nails then? It was the desire to stop – nothing more scientific than that really. I had started becoming interested in boys and the sight of my chewed up fingers was going to mean they weren’t likely to want to hold my mangled up hands (how sweet and green was I eh?).

But, as I’ve become older and more mature, I realise that habits aren’t restricted to the physical chewing of nails. They can also be behaviours that we have developed and honed over time to help us cope with life’s difficulties. Finding any number of long, drawn out behaviours to help us protect ourselves. But as with many things, what started out as our egos helping to protect us from hurt, ends up becoming a restricting behaviour pattern that actually stops us growing and developing as a person.

Let me show you what I mean, because I have spent many years honing my own behaviour patterns. At my lowest ebb, after being told I wouldn’t be able to have children and again after the hysterectomy, I went into the behaviour that helps me protect myself – I hid. I spent weeks at home, with no phone contact, no emails and no texting to friends. I walked, but away from places where people would be and more specifically where children or families would be. When people called I kept any conversations short and to the point…social niceties were dispensed with. The messages I gave out were that if I’m hurting, you need to keep away from me.

But here’s the thing, this is a lonely place to be. It’s not long before you start to get cabin fever and start to feel as if you might be going a bit stir-crazy, after all we’re all social animals to a greater or lesser extent. But, I know from talking to people in this community and looking at messages on social media, I’m not the only one to take this path in order to protect themselves and neither will I be the last.

But, there’s a lesson here for all of us that have been or are trying to hide away from the pain, because when it goes wrong, it goes spectacularly pear-shaped! I’m not just talking about our pain here, I’m also talking about how we can become a bit wild when we’re feeling trapped (I’ve done it too. Don’t think for one minute I’ve not above being shitty to a parent when I’ve felt backed into a corner).

Because, it’s impossible to expect that when you visit the shops or take public transport that you won’t be faced with a trigger – a pregnant woman, a child or a family. And social media…people can’t help themselves with this format can they? Because it’s inevitable that we’ll see the triggering post from a parent (What is social media, but showing off really – here’s my perfect life for everyone to see only the bits I want them to see. Eugh!).

Just like your ego, my ego was unable to protect me all the time, because life isn’t like that. And who was it hurting other than me? No one (except on the odd occasion when I have lost my shit!). Realising this for me was the first step to breaking the old habits though. I broke away from wanting to shut myself in doors all the time – I started connecting with people. But, unlike before, I chose who those people were. So, I became more discerning about who I would spend my time with by spotting the people that I couldn’t be around. I stopped pretending that some friendships could last my feelings around not having children…and I willingly let them go.

I looked to find people that are on my wavelength and that I wouldn’t struggle to be around. And yes, they are members of this community. I’ve found many people that I enjoy spending time with and who share my love of sushi or my love of panic rooms (you know who you are). So what’s the first thing you need to do with old habits? Spot them, address them – what is it that you’re trying to avoid and why? Then assess whether you presently have the ability or the willingness to change that. If you do then that’s brilliant, but if it’s not the time yet, park it and come back when you are less willing or able to remain an island.

Save yourself some money - you can read all the self-help books you want, but it's all in vain if underneath it all you don’t have the desire to stop that old habit or don't want to stop being an island.