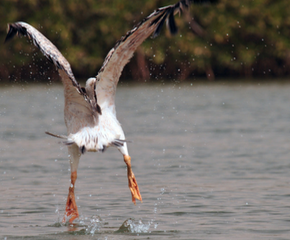 Hang on...wait! Where are you off to?

It’s funny, not funny haha!, but strange funny. I was talking about this very unique phenomena that happens when you discover that you’re not going to be able to have the family you’d dreamed of the other week on the radio interview I did (http://www.i-nutrition.co.uk/media/).And it’s this…friends are either there for you through thick and thin, or some just make for the hills and leave you to it. And it’s not just me that has noticed this happen to them.

I’ve seen countless examples of this, talked about on-line in forums and I’ve had some of my friends from this community bravely share their own heart-breaking experiences of losing people from their life, as a result of their childlessness. And obviously I’ve experienced it too.

For me when it happened, sometimes it was a gradual drifting apart, that just saw people slowly disappear from my life, but in other instances it happened very quickly. They couldn’t motor away quick enough. And It’s a struggle to work out which version hurts most…but in any case, it happens and you’re left thinking it’s all your fault. Let me just put this out there now though – it’s not!

It doesn’t mean it will hurt any less knowing that, because a betrayal of trust will always be that, but don’t add to the pain by blaming yourself. If I think about my examples there are a few key themes that jump out at me.

And the thing that really caught me off guard – the reactions of people I had thought were close telling me things like:

Here’s the thing though, not all of your friends will have ditched you. Mine haven’t, but it’s very easy to get swept up with the unfairness of losing that one friend who couldn’t be there for you and miss that you still have others.

For me, it was the friends I’ve had for ages, that I had held at arm’s length, not telling them the details of what I was going through for fear of boring the arse off them. Fearing that I would in effect make them want to run for the hills too, if I even let them have a glimpse at the abyss I found myself in.

I know not everyone is as lucky as me, but if you have been ditched and find your support network of friends a bit lean, don’t take it personally. Say goodbye to the ones that are no longer around and start to find new friends, because we’re all out here waiting for the unique you to show up.

Because once you’ve said goodbye, you have space for the new people to come in, sweep you up and support you. We’re all out here waiting for you to show up and be you.