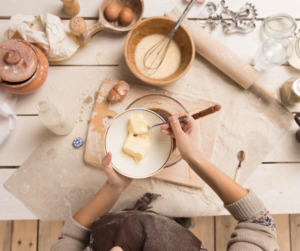 What does it take for you to make the changes...and then undo them all?

Whenever I start to make positive changes and in-roads into new lifestyle choices, I can guarantee that I’ll end up self-sabotaging myself. It’s not wilful behaviour, although the rebel in me does hate to follow rules, even self-imposed ones at times. But, it’s an unwelcome part of myself that inevitably starts coming into play again once I start to make some progress.

Take for example starting this business. Now, I know my process, in that I can bitch and moan with the best of them, but if I’m meant to do it, there will inevitably be a kick up the arse to get me going. Here is my process for getting myself in motion…

Take a large dose of boredom and mix in a couple of shakes of routine – leave these to marinade for about a year. Release any built up gases, by bitching and moaning about these issues before the mix is ready.

Add in a dose of anger (or if this isn’t available use injustice, frustration – both are just as good) when things don’t pan out at an annual review in the day job, despite nearly hitting burn out.

Add a large dose of day-dreaming and journaling to nail down the goals, mix together with a splash of bravery. Combine with the boredom and routine mixture. Sit back and watch the explosive results…

However, the process with self-sabotage is far more insidious, because it sneaks up on you and you sometimes won’t notice it until you sit back and think ‘oh hang on, this wasn’t the way it was meant to be…’.

That was me at the beginning of this year, procrastinating on whether I was going to make the leap from employed and miserable to self-employed and empowered. I knew what I wanted to do, albeit the mechanisms for it were still hazy, but when it came to taking the plunge I was still dicking about…or procrastinating.

I spotted the same pattern again later in the year when I was feeling less than confident about something else in the business and then again when I faltered at something else…and so on and on it goes. I feel a bit of a wobble on the confidence and then I get stuck like a rabbit in the headlights.

Does this feel the same to you? If it does, don’t give up and start to question whether anything will change. We are all human and we all have patterns that we’ve had since we were small to protect ourselves. It’s called the ego – and it’s helped us survive some pretty amazing things. But the problem comes when old patterns no longer fit new ways of life. However, the fact that, like me, you’ve noticed a pattern, means you’ve taken the first step to breaking that pattern.

It could be procrastination, like me. It could be lashing out at people when you feel fearful and pushing them away. It could be saying to yourself that you’ll fail and then letting behaviours happen that prove that little voice right. Whatever it is, you can stop it and you can break it. All you need to do is become accountable to yourself and if you can’t do that then find something or someone that can.

If you find that you need support, then get on board with the five day challenge and I can be your cheerleader, your friend and your kick up the arse if you need it.