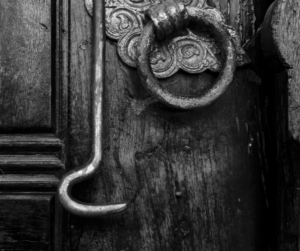 I’ve struggled to write this blog post for a while now. It’s taken a lot for me to just start typing because I know what a difficult subject this is for anyone that’s CNBC. It’s not just that it’s a difficult subject in itself, it’s also the actual act of focusing in on what it is that affects me on a day to day basis…or even the stuff that can come at me from nowhere and leave me out of sorts for an hour, a day, a week etc.

So here goes – this is my top five list of the worst triggers and hooks I still have. Please be aware these are my feelings and judgements about me, and no-one else that finds themselves CNBC (if you’re anything like me you’re your own worst critic…):

I imagine reading these was as tough as it was to write them, but this for me is the stark reality of being CNBC. Some of these you will relate to and some of them you won’t, depending on what your circumstances are and what your experience has been.

But here’s the important thing for me, as I focus in on the stubborn five – there used to be more on this list, especially after I was first told there wouldn’t be any children. Just being around people was a massive trigger for me and so I spent weeks off of work, trying to feel normal again. And when that didn’t succeed I threw myself into my job, but the triggers remained and my sensitivity stayed the same.

For me, I couldn’t stay in this place long-term. It was a level of discomfort that I just couldn’t contemplate facing for the next 10, 20, 30 years. So, the time came when I accepted that nothing was going to change the external process, and I would need to work on myself if I was ever going to get back to feeling better about myself and my life.

And that’s the thing to remember, it’s not the actual, physical thing in front of you that is the problem, it’s what it represents to you and the emotions that evokes. The rawness of those emotions can flatten you and leave you feeling that you’re back at square one, so acute is the pain that they bring with them.

So, when I’m faced with one of the stubborn five, I remember how it used to be the stubborn ‘everything’, and that shows me that doing this has worked. But, that doesn’t mean you’ll be able to get rid of them all within a set timeframe. No,  this list of five represent the stubborn buggers that no amount of work on myself has managed to shift…yet! They have improved, but nevertheless they remain stubbornly present…for the time being.

The message for you all, isn’t that you can never get rid of your triggers, but rather that you need to work on you and your internal stuff. Nothing, and I mean nothing, is going to stop the triggers and hooks coming at you to throw you off. So, it’s down to you to decide what you want – to continually be triggered by this stuff, or to make a commitment to get back to where you need to be. Start small and work your way up, but commit to making that start.

No-one wants to feel sh*t for the rest of their lives and you deserve so much better than that. Commit to yourself that you’ll work on you and the triggers will follow naturally, with patience.