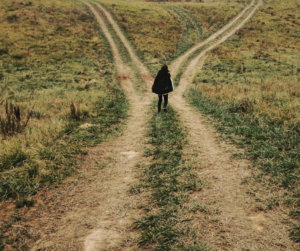 Feeling unable to trust yourself is a lonely feeling

When I think about how I was when I was at my lowest, the predominant emotion I felt was loss. It wasn’t just the loss associated with being told I wouldn’t be able to have children, it was more than that. For me, there was a loss of control associated with my health and my body. I was unable to stop the endometriosis from wrecking my body and I was unable to stop the Adenomyosis from causing me pain. Both conditions ultimately led to my hysterectomy.

But it was so much more than that. There was also a loss of a dream that had been my central focus since I turned 30. There was nothing else I wanted except children from the moment I stopped taking the pill. It took up my entire life, becoming my sole focus and utter obsession.

However, it wasn’t until I was told that my dream of a family had ended, that I realised the catastrophic loss of my sense of self. I came out the back of my obsession without the one thing I had wanted and had absolutely no idea who I was any more. So completely had the quest for a family swallowed me up, that when it was taken away, I lost my purpose and was simply unable to trust myself to make a decent decision.

Up until that point in my life all of the big decisions I had faced and made, had been made quickly and sometimes on nothing more than a ‘gut feel’.

It has held me in good stead and has seen me making decisions like travelling to Australia to see one of my best friends in my twenties, without booking a single hotel. (I break out in a cold sweat if anyone mentions travelling anywhere without reservations now…). I applied for university with a week left before the deadline, because it suddenly felt like the right thing to do, and it was. And then there was the decision to start trying for children, which was also something I started to want as soon as I came off the pill. Once that had happened it just felt like something I absolutely had to have – I felt it with every ounce of my being that I was going to be a mum.

But, after the miscarriage, being told I couldn’t have children and then the hysterectomy, my confidence and trust in myself was shattered. I mean how could my instincts to want to be a mum have been so bloody wrong?

Building trust in my instincts (or my gut) hasn’t returned over night. It’s been a slow trust-building exercise, that at times has left me questioning my very existence, but having lost it and built it back up again, I find it’s stronger than ever. The decisions I make are no longer made on a whim, but are thought-out, and carefully considered before taking the plunge. There’s nothing wrong with making fast decisions, in the right context – I mean who doesn’t love the split second decision to join a friend for sushi or drinks? But my decision making is more than just my head and logic, it’s also about my emotions and my heart.

It doesn’t matter how you get here as a fellow CNBC-er, because there are a myriad of reasons why we all find ourselves here, the fact is, we all thought we were going to be parents and that isn’t the case now. It’s something I see time and time again – people questioning their very existence because they can’t have the family they wanted.

So, how do you learn to trust your gut again? It’s a long process to be honest and not something that you learn to trust again overnight. It’s something you have to start small with and then build up. It starts with learning to reengage with the sensations you feel when something is bang on the money or it seems off. I can describe mine, but it won’t be the same as yours, so think back to when you made an absolutely brilliant decision or when you missed the mark, and remember the feelings you had. And if all else fails, flip a coin – it really does work, because you’ll know if you have the ‘wrong’ answer.

It’s a question of getting back in touch with trusting yourself, so you can make those decisions and learn to navigate through life again.