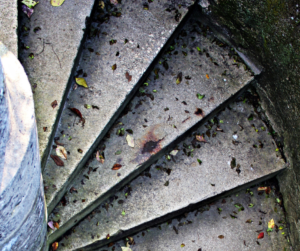 What a week! I had my backstory out there on someone else’s website for everyone to see, along with my letter to my unborn child, Aaron. What I had initially thought would be something fairly inconsequential, has really fired me up, to get on and help all those people out there that aren’t where they want to be with this experience.

Did I feel vulnerable or exposed? Bloody right I did, but then I realised, this is what #WorldChildlessWeek is about. It’s about starting a conversation and showing our bravery and strength having gone through this.

And so it got me thinking about next steps. We all have those defining moments and for me there have many, even outside the context of being childless-not-by-choice. Take for example the bullying at school, it left an indelible mark on me, but for years it was about being small and not making a fuss. Now though, now it’s about proving people wrong and supporting people to get through this shitty situation with a new perspective and, dare I say it, a wholeness that means they’re unbreakable.

I have it and I want that for other people. This situation is a shit one, and it doesn’t matter how you got here, it leaves the same bruising on the inside that can’t be seen by others that aren’t affected by this issue. But as one CNBC-er to another, I see it. I can see the pain in your eyes and I can see the mask you wear so that people who don’t get it, don’t see it. But, I’ve been there and I do have some idea what you’re feeling – different back story, same emotions.

Believe me, if you want to feel better and allow your life to move around this issue (you don’t get over it, you adapt to accommodate it), you can do it. Start small with yourself and then watch the ripple effect across all facets of your life with excitement and passion again, as your confidence grows and you become the whole you.

It can be done, believe me I’ve done it.