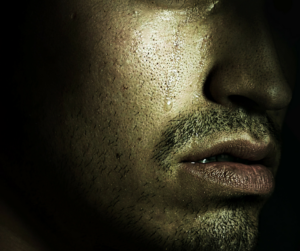 This week has been tough. Don’t get me wrong, most weeks when you’re struggling with something like not being able to have the children is tough. So many triggers, so little time. But this week was made harder when I opted to write for the World Childless Week. The topic…’writing a letter to your unborn child’.

Now I knew this was going to be tough and I knew it was going to bring up a lot of stuff. I wince when I write the nondescript ‘stuff’, but how else do you define all the bloody baggage that comes with this issue so succinctly? For those in the know, it’s stuff, because as soon as you get into the nitty gritty of it, it starts to get messy. So, for the sake of this blog post, stuff it is.

So, I’ve known it was there. I’ve watched as the clock ticked closer and then I finally plucked up the courage to write the letter. It was right up against the deadline and while I wrote one some months ago, around the time when it would have been Aaron’s fifth birthday and not long after my hysterectomy, it didn’t make it any easier.

I don’t know why I wrote the letter back in early 2018. I think at some level I wanted a connection with him and it was also because of all of the emotion around me at that time. I’d had a hysterectomy three months before, I was mentally struggling with the recovery – I mean it’s no exaggeration to say I hit rock bottom and there was a lot of drama going on for my husband’s sister. I think it can best be described as a sh*t storm and in amongst all this was my trying to grieve for my lost dreams of being a mum and my very real grief about my lost son.

So, this time when I wrote the letter with a different purpose – to share my thoughts on my lost child on a public forum, I felt all of those emotions all over again.  Believe me, I’ve grieved that loss so much – my one and only chance at being a mum, but it wasn’t until I wrote a fresh letter, I realise how difficult it is to navigate the grief cycle. It’s not a straight line, it’s not even a cycle – it’s a maze!

I suppose the difference on this occasion, was that I still felt the intense emotions and all of the pain that comes with that grief, but I bounced back quickly. I’ve grieved, I’ve learned a lot about myself and I’m living around the circumstances of being childless not by choice. And so it was different – no less intense, but not so prolonged…

So, for all of you out there that are struggling and wondering if it ever bloody ends – it does get better. It can be navigated. It won’t ever go away for good, but it can become part of your life that means you’re able to live, without being flattened by it.

I know first hand how tough grief is